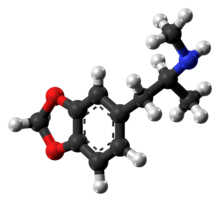 What did Nick Phillips know and when did he know it about his partner?

(Chuck Muth) – What is it with Californians who come to Nevada and attempt to commandeer the GOP by hiding their past and pulling the wool over the eyes of us local rubes?

My first experience with this phenomenon was the 1998 gubernatorial candidacy of Aaron Russo – the Hollywood film producer who couldn’t even be bothered with getting a Nevada driver’s license before running for office here.

The more recent example was the Clark County GOP chairman candidacy of the egomaniacal Dave “For Himself” McKeon who tried to cover up serious questions of financial business shenanigans, as well as a messy divorce in which he admitted to domestic violence allegations.

And now we have former Clark County Political Director Nick Phillips’ bid to become the next Chairman of the Nevada Republican Party at tomorrow’s meeting in Las Vegas.

Assemblymen John Moore (R-Clark County) and Assemblyman John Ellison (R-Elko) raised concerns about the fact that Phillips has only been a registered Republican for a short period of time, has only been a Nevada resident for a relatively short period of time, has never been involved with a presidential caucus, and reportedly lobbied for RINO Gov. Brian Sandoval’s $1.4 billion tax hike – the largest in state history.

In response, Phillips this morning accused opponents of “spreading lies and distortions of facts through a whisper campaign because they are scared.”  He went on to declare that Central Committee members “deserve to be fully informed before casting your ballot.”

Later in his missive, Phillips addressed specific accusations being leveled against him.  Here’s one of those refutations…

“Falsehood: I have legal trouble

“Fact: I have started several businesses and have joined others. I had one business that did not work out and ended up in court. We settled the lawsuit out of court for a small fraction of what the lawsuit claimed. I met all of my personal obligations. I have no criminal record or arrest of any kind –not even close.”

But if we’re going to deal with facts and assure that everyone is “fully informed,” details of that “one business that did not work out” needs to be explored further.

On March 14, 2014, a man named Keith Lehman filed a breach of contract lawsuit against Green Promotions, Inc. and CNN Holdings, LLC.  It was from that lawsuit that we learned of Phillips’ ties to a man named Chad Taylor, as both were included as business partners in the lawsuit.

However, after Mr. Lehman found a buyer, the buyer showed up to the business, “with check in hand,” only to discover that Taylor and Phillips had already sold the property out from under him and never handed over the money.  Mr. Lehman claimed the sale of that equipment was “malicious and amounts to fraud.”

Attempts to get his money were futile, and the situation between the parties became increasingly “heated.”  After Mr. Lehman threatened to bring legal action to collect his money, Taylor allegedly responded, “F*ck you, you are not getting anything.”

In the end, according to Phillips, that lawsuit was settled out of court, but still…the allegations asserted in the lawsuit are quite troubling and raise serious questions about his shady business partner in that venture.

Indeed, according to documents I’ve obtained, Taylor changed his name a decade ago after moving to Nevada under rather disturbing circumstances.

On October 7, 2004, Chad Edward Bring filed a petition to officially change his name to Chad Edward Taylor, Phillips’ partner, with the Clark County District Court.  And in an affidavit associated with the name change request, Bring declared…

“I was arrested in Portland, Oregon, on June 7, 2001, for possession with intent to distribute.  I served 30 months and am currently on probation for three (3) years.  However, he is not seeking to change his name for any fraudulent or criminal purposes.”

According to an affidavit filed by Bring, he moved to Pahrump, Nevada on January 15, 2004 after being released from prison for possession of MDMA – which stands for methylenedioxyphenethylamine, a psychedelic amphetamine.

Its street names include “Ecstasy” and “Molly” and is a popular illegal party drug at nightclubs and concerts.

Now, according to a New York Post expose on the subject, one ounce of MDMA will make 280 pills.  There are 16 ounces in pound, which means you can make 4,480 pills from a pound.  And the street value of a pound of MDMA, according to the Post, is in the neighborhood of $67,000.

Bring/Taylor was reportedly nabbed in possession of more than 21 POUNDS!

And by my public school math, that’s almost $1.5 MILLION dollars worth.

Anyway, on December 6, 2005, Oregon agreed to transfer jurisdiction of Bring’s probation to Nevada.

And at some point and somehow, Bring/Taylor and Phillips became business partners and ended up in that “one business that did not work out.”

To be fair, Phillips himself, as he wrote, has “no criminal record or arrest of any kind.”

Still, his involvement with Bring/Taylor raises some very thorny questions since, as serial-spouse Cathie Lynn Profant-Gisi-Johnson-Martinez-Boudreau–Upshaw-Windham-Otts-Milar asserted recently on Facebook, “You’re known by the company you keep.”

Either way, it raises serious questions of judgment.

And it ought to make for a very interesting election tomorrow!

Chuck Muth is president of Citizen Outreach and the publisher of www.NevadaNewsandViews.com. He personally
blogs at www.MuthsTruths.com.