Explaining the ABC’s of the NDAA

Explaining the ABC’s of the NDAA
N&V Staff 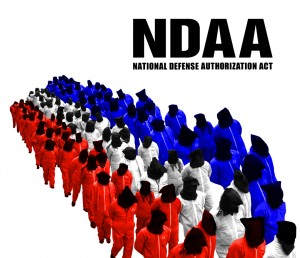 Daphne Lee is a conservative activist in Las Vegas who has been following the NDAA issue intently for quite some time.  In this exclusive e-interview with Nevada News & Views, Lee explains this rather complicated issue is a simple, easy-to-understand manner…

Lee:  The NDAA, also known as the National Defense Authorization Act, is actually the federal military budgetary bill in Congress and has been passed for about the last 50 years.  What made 2012’s NDAA (HR1540), passed December 31, 2011, so notorious are the unique sections 1021 and 1022.

Sections 1021 and 1022, have absolutely nothing to do with the military budget at all. If you are interested in the expansive legal explanation of these very complicated, and sometimes, deceptively worded sections, go to our website www.pandaunite.org. There, these sections can be, verbatim, explained by watching a great short video by Constitutional council, KrissAnne Hall.

In a nutshell, sections 1021 and 1022 place domestic terror investigations and interrogations into the hands of our military. It also opens the door for trial-free, indefinite detention of anyone, including American citizens, so long as the government suspects them of terrorism.

NN&V: How is that accomplished?

Lee:  The NDAA codifies the AUMF, which is the Authorization Under Military Force, into permanent law.

President Bush, following the September 11th attacks, was granted these powers in a joint resolution, passed by Congress in 2001. This authorization granted the President alone, the authority to use all and any “necessary and appropriate force” against those whom he determined “planned, authorized, committed or aided” in the September 11th attacks.

Going after the perpetrators of 9/11 was certainly a good thing that we could all agree with.

The powers under the AUMF include: military indefinite-detention without due process, rendition to a different country, or even assassination. However, not only does the NDAA HR1540 codify this ongoing law of war, but it also expands WHO is covered.

So now, instead of going after a very specific group, under section 1021-b, “covered persons” is “any person” or “associated force” (which is undefined) who commits “hostilities” or “belligerent acts”, also undefined, against the US government can be detained by our military.

I do not think I have to explain the gravity of granting such unbalanced power to the President, and the President alone. This slippery-slope is outright dangerous. Having such power was never intended by our founding fathers.

Some believe that there are certain sections that specifically exempt US citizens from this law, but that is quite simply a myth. As a matter of fact, last year the Senate held a huge debate over passing the Feinstein-Lee Amendment for the NDAA 2013.  67 out of the 100 Senators voted in favor of this amendment, which some felt would have corrected the NDAA to NOT include US citizens.

In the end though, the amendment had problems with the language – but it didn’t matter because Senator McCain removed the entire amendment out in Conference Committee, before the passage of NDAA 2013.

Lee:  In the last legislative session here in Nevada, a bill was introduced that would have ensured Nevadans’ rights to due process. That bill was SB378, The Nevada Liberty Preservation Act.  Senator Don Gustavson introduced this anti-NDAA legislation, and had a great amount of support! 15 other legislators co-sponsored this bill, which is a very large number for a bill!

The Nevada Liberty Preservation Act was essentially asking the state of Nevada to recognize the unconstitutionality of this law, and with that recognition, the State has the right to interpose and protect the citizens of Nevada from anyone who would try and impose this law upon us.

Every Legislator has taken an oath of office to defend and protect the Nevada State Constitution and the United States Constitution against all enemies foreign and domestic. If a law is unconstitutional from it’s inception, they are duty-bound, by oath, to not recognize nor enforce any such law.

Despite over 3,300 phone calls and emails, Senator Tick Segerblom took it upon himself to not allow this bill to even be heard in the Senate Judiciary Committee, and so it died.

NN&V:  How can people help?

Lee:  Even though Nevada’s bill failed, we will try again next session, and can continue asking our legislators for support of this kind of legislation.

Right now there are also several other states in session with similar legislation being passed, such as California and Alaska. We can help by supporting other states in their efforts, as this helps bring about awareness!

The Las Vegas City Council passed an anti-NDAA Resolution in March of this year, and we need the County Commission to pass it as well! We can call and write our County Commissioners and ask them to support that resolution!

We can protect our community by winning one city, county, or Sheriff at a time, if that is what it takes! Also a big key is education. Many Americans are still unaware of this law and what it means. By spreading the word, others will get more involved and each persons’ voice is so important!