So, after watching a hockey playoff game yesterday, I accidentally channel-surfed to a local news broadcast before selecting the evening’s movie.  And a story about the “No Collusion” Mueller report came on. 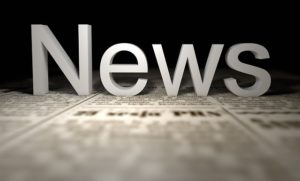 I don’t remember for sure, but I think it was KSNV-Channel 3 (NBC affiliate).  And the report noted that “some Republicans” were breaking ranks with President Donald Trump over the results of the witch hunt.

Guess who the “some Republicans” were?

Romney has now taken his “Never Trump” show to the U.S. Senate and Weld announced last week that he’s going to primary Trump next year.  Both are establishment Republicans and former liberal governors of Massachusetts.

The only people who care what Romney and Weld think or have to say about President Trump are Democrats, fellow Never-Trumpers, and their “amen” corner in the mainstream media.

They’re not representative of Republicans; 90 percent of whom support Trump.  They’re a pair of “useful idiots” lending aid and comfort to today’s enemy of the American people: The Fake News Industrial Complex.

And as the President pointed out in one of his patented tweets yesterday, if Romney had “spent the same energy fighting Barack Obama as he does fighting Donald Trump, he could have won the race (maybe)!”

Brad Parscale, the campaign manager for Donald Trump’s 2020 “Keep America Great” re-election campaign, sent out a letter a few days ago voicing support for Nevada Republican Party Chairman Mike McDonald – who was one of the first GOP party officials to jump on the Trump Train in 2016.

And that threw conservative-hating liberal blogger Jon Ralston into a tizzy.

“This letter is priceless,” wrote Jonny Jihad in a twit-tweet on Saturday.  “Leaves out the little detail that Trump lost NV in ‘16 and @McDonaldNV presided over two successive cycles of electoral disaster.”

He’s so cute when he’s drooling snark from up on his left-wing high horse.

The president lost Nevada in 2016, not because of Chairman McDonald, but because of the last-minute “Never Trump” antics of some of the state’s senior elected officials at the time, especially former Sen. Dean Heller and former Gov. Brian Sandoval.

That was also the election cycle where Republicans who voted for Sandoval’s largest tax hike in state history were punished at the ballot box for royally screwing the very voters who put them into office.

And the electoral disaster for the GOP in 2018 again wasn’t because of Chairman McDonald, but because of the anvil of having “Never-Trumper” Heller at the top of the ticket, which helped depress GOP enthusiasm for going to the polls and voting Republican.

On the other hand, Jonny Jihad conveniently fails to note the 2014 electoral cycle when McDonald was also chairman and the GOP ran the table under his leadership – winning the governor’s office, every other state constitutional office, the state senate and the state assembly.

So Ralston blames McDonald for electoral losses that weren’t under his control but refuses to credit him with electoral victories that were.  Total hypocrisy.

No wonder Ralston is considered the King of Fake News in Nevada.