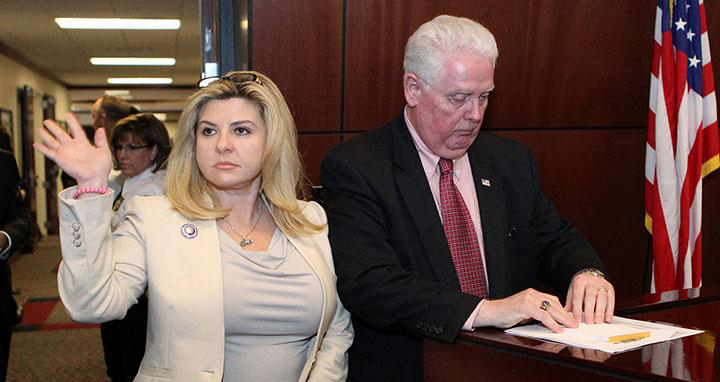 Gaining re-entry after Speaker Hambrick made me apologize for leaving the floor (Source: Michele Fiore).

(Michele Fiore) -This session has had me questioning the integrity of some of my peers. Many of our elected officials are using their power to play political games instead of being focused on helping Nevadans.

You might have heard that last Thursday there was a very heated floor session regarding SB 175, which we had amended “Amanda’s Law” (aka Campus Carry) into. The Campus Carry amendment, which was originally AB 148, would have allowed concealed carry permit holders to carry on campuses across Nevada and was intended to give Nevadans the right to choose how to defend themselves. I felt obligated to bring this bill forward after hearing the story of Amanda Collins, a concealed-carry permit holder, who was unarmed and attacked in a parking garage at the University of Nevada, Reno.

AB 148 passed the Assembly with a 24-15 vote in April. The bill was stalled in the Senate when the Chairman of the Judiciary Committee, Greg Brower, claimed there were not enough votes to justify holding a hearing. Campus Carry was later amended into another bill, SB 175, thanks to Chairman Ira Hansen.

After the amendment to keep Campus Carry alive did not pass the Assembly in Thursday’s hearing, I asked Speaker John Hambrick for a roll call vote, where the votes of my peers would be recorded, which he refused. I then asked for a 1-minute recess, which Speaker Hambrick also denied. Feeling attacked by my peers, I left the chambers to seek clarification of the rules from our legal counsel bureau. My exit wasn’t the smoothest as I opened our chamber door with purpose, which then lead to Speaker John Hambrick barring me, temporarily, from the chamber floor. Imagine that?

I have been very passionate about Campus Carry, and all of the pieces of legislation I have introduced this session, because I strongly believe they benefit Nevadans. It is heartbreaking for me to see legislation that I have worked so hard to endorse killed because of someone’s personal vendetta.

I have seen these political games numerous times throughout the 78th Session. Another bill that has drawn a lot of attention was AB 405, a bill that would require parental notification if a minor is seeking an abortion. Parental permission is required for a tattoo, but not invasive medical procedures? There was a great divide between the party lines on this bill, and it is easy to see where agendas are being pushed. 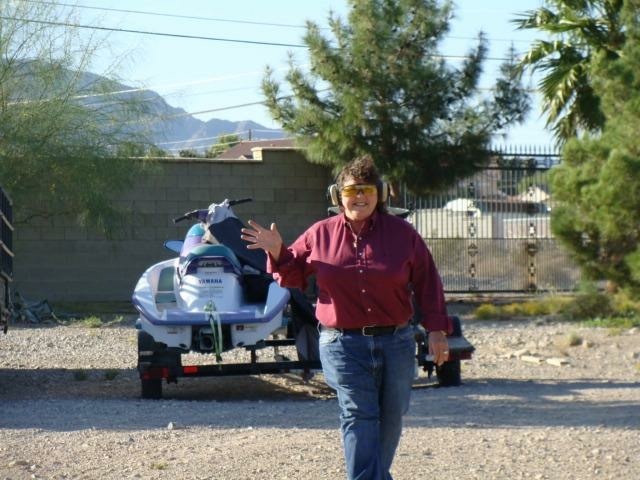 This weekend I wasn’t able to go home. We had been in chambers until 2:30am Saturday morning, passing Uber legislation. This seems like Washington, DC behavior, passing bills in the wee hours of the morning.

Hopefully I will get home this weekend to celebrate my mom’s birthday, which was Monday May 25th. Happy birthday, Mom. I love you!

As we head into the last days of the 78th Session, I would like to reassure Nevadans that I am fighting to protect your rights. Thank you for your support.

Fiore is the Republican representative for Assembly District 4 in Las Vegas and also the Chairman of the Assembly Policy Committee. She can be reached at Michele.Fiore@asm.state.nv.us.