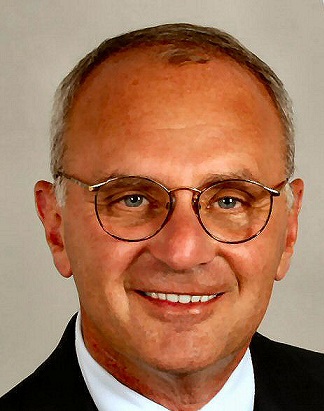 (Rich Galen, Mullings) – Because the Washington-based press corps (and those of us who speak to them) have the concentration span of a three-year-old, by week’s end all the chatter was about not if, but when President Donald Trump would clean house in the West Wing.

Top among those whose job was on the chopping block was Press Secretary Sean Spicer, followed closely by Chief of Staff Reince Priebus and senior advisor Steve Bannon.

I know two of those three – Spicer and Priebus – and they are proven entities in Washington.

Spicer (in addition to holding the rank of Commander in the Naval Reserves), has been the spokesman for the GOP House Conference, the U.S. Trade Representative, and the Republican National Committee, among other roles.

Priebus has been a GOP stalwart. He has been Wisconsin State Republican Chairman, general counsel at the Republican National Committee, and Chairman of the RNC from 2011 until he assumed his duties at White House Chief of Staff.

Bannon is not new to Washington – he was assigned to the Pentagon during his naval service and got a Masters Degree in national security studies from Georgetown. He also holds an MBA from Harvard.

The fourth Horseperson of the Apocalypse, Kellyanne Conway, had disappeared from TV until she drew duty trying to explain the firing of FBI Director James Comey Tuesday night. I have know Kellyanne for so long that I still have a listing for her as Kellyanne Fitzpatrick in my Contacts.

Maybe the only two people close to the President who are not on the White Board of Death in Trump’s private office are his daughter, Ivanka, and his son-in-law, Jared.

There is no question about Trump being in trouble. He is.

But, he is not in Richard Nixon trouble. At least, yet. Nixon didn’t have to resign for the original crime – a “third rate break-in” of the Democratic National Committee headquarters at the Watergate Hotel. He was about to be impeached for obstructing the investigation.

The House Judiciary Committee (controlled by Democrats) voted out three Articles of Impeachment: Obstruction, Abuse of Power, and Defiance of Subpoenas.

Those Articles were voted on in July of 1974 (Nixon resigned in August) but the original crime had been committed two years earlier, in June of 1972.

Trump has been in office for less than four months and he only fired Comey last Tuesday.

Nevertheless, a major poll released last Wednesday by Quinnipiac University showed the President’s approval rating had dropped to 36-58. That poll was in the field before the Comey news. The Gallup rolling average had Trump at 39-56 on Saturday – not quite as dramatic, but nothing to use as a fundraiser.

A change at the staff level might help Trump focus on his job, but I don’t see how.

There is a lot to do. The health care plan that was shoved through the House is gathering dust over in the Senate. The tax plan that was released was a one-pager of talking points, not a plan. North Korea launched a ballistic missile over the weekend – not sure if we were surprised by that or just decided not to interfere with it.

The President is going overseas for nine days later this month during which he will visit Saudi Arabia, Israel and, according to the Washington Post

“will meet with Pope Francis, will end with previously announced meetings with NATO leaders in Brussels and the Group of Seven world economic powers in Sicily.”

It is not likely that the President will make a major round of staff changes with that trip looming, but with Trump, one never knows.

A larger issue is this: At some point we need some stability. A day without conflicting statements – all out of the White House. A week without a Tweet storm. A fortnight focusing on policy and legislation not on politics and the 2016 election.

Maybe a Time Out in the West Wing in June will help settle things down with the current staff intact.

Mr. Galen is a veteran political strategist and communications consultant. He blogs at www.Mullings.com.