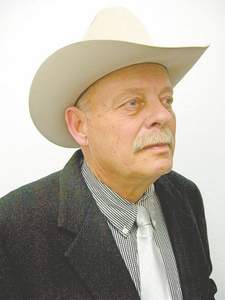 (Gardnerville, NV) – December 8, 2011 – Jim Wheeler, a Gardnerville, Nevada resident and citizen activist, parent, veteran, and small business owner, has announced today that he is a candidate for the Republican nomination to the Nevada State Assembly from District 39. As a result of the recent re-alignment of the state’s voting districts, District 39 now covers all of Douglas County, Storey County and the northwest corner of Lyon County, Nevada.

Jim Wheeler is an accomplished businessman having been a founder and Chief Executive Officer of Powerdyne Automotive Products Inc., a manufacturer of high-performance automotive parts. During Jim’s 14 year tenure at Powerdyne, the company grew steadily from a small business into a multi-million dollar corporation. Jim Wheeler’s love affair with Nevada started in the early1970’s when Jim traveled to the Carson Valley to work at a friend’s ranch and 33 years later, Mr. Wheeler was able to realize his dream of living in Carson Valley permanently when he bought a small ranch in Gardnerville, in 2003.

Jim was the runner-up, in the current AD 39, in the 2010 Republican Primary. He recently signed the national “Taxpayer Protection Pledge” in which he promises to oppose and vote against “Any and all efforts to increase taxes. Mr. Wheeler notes that the incumbent District 39 assemblyman voted for a $620,000,000 tax increase during the 2011 Legislative Session and Jim has pledged to work to get those taxes eliminated if elected. His website is: www.wheeler4nevada.org.

Take today’s poll: Should prostitution be legalized, regulated and taxed?