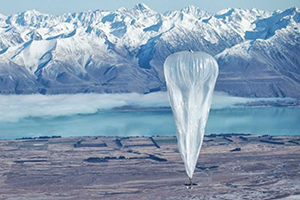 (Newt Gingrich) – Two weeks ago I wrote about the surreal experience of riding in the back seat of a car that drove itself through the public streets of Mountain View, California.

The self-driving car was a project of Google X, the tech giant’s experimental arm that works only on “moonshots”–a reference to President Kennedy’s commitment in 1961 to the goal of landing men on the moon by the end of the decade. Google X aims for similarly big goals, and self-driving cars are only the most famous of its efforts.

We had the chance to spend a fascinating hour with Astro Teller, who runs Google X (and whose grandfather, Edwin Teller, was a key figure in the Manhattan Project and whom I knew later in his life).

Second, the solutions have to address these problems with an approach no one else has tried before. Astro thinks it’s unlikely they’ll improve on existing ideas enough to achieve revolutionary results. So they go for radical breakthroughs rather than incremental improvements.

And finally, the problems have to be solvable with a technical or scientific approach, because that’s what Google does. This excludes a great number of the world’s problems, but focuses Google X’s projects where they might have the greatest effect.

It’s easy to see how the self-driving car project fits all of these criteria. Car accidents kill more than a million people each year worldwide. Historically safety efforts have focused on making crashes survivable. Yet most accidents are caused by human error. Cars driven by artificial intelligence have the potential to drastically reduce the number of accidents and to save millions of lives.

Astro gave us a few additional examples of the kind of ideas Google X is working on. One is Project Loon, which aims at solving the problem of the billions of people around the world who don’t have access to the Internet. One of the challenges in expanding access is the extraordinary cost involved in building land-based networks. So Project Loon is working to expand access via a network of weather balloons, an amazingly ambitious effort from a technical perspective. If it works, it will create an explosion of learning, opportunity, and commerce for billions of people who currently live off the grid that seems to many of us to connect the whole world already.

The second project is a new take on wind energy that’s radically more efficient than traditional windmills. Traditional wind turbines are expensive, Astro points out, because it’s difficult to build them high enough and light enough to really harness the wind’s power. A newly announced Google X project called Makani seeks to lift the turbines three times higher in the air by fastening them to large kites flying 1,000 feet high and attached to the ground by a metal cable. It’s difficult to explain, but you can see a graphic of how it works here. Because they fly so much higher than the largest wind turbines stand, these kites can harness faster and more reliable wind and generate dramatically more energy–potentially as cheaply as coal-fired power plants. Google X is still testing the idea but it could be a world-changing invention.

Google X tests dozens of similarly breakthrough concepts each year, and Astro gave us some interesting insight into how they decide which ones not to pursue.

He observes that when people run projects (often projects that were their ideas) they are loathe to suggest that the projects be killed, even if they come to know or suspect the idea isn’t going to work. This phenomenon only increases the longer a project goes on and the bigger it becomes.

So Astro is a believer in giving people bonuses when they fail–or at least when they admit failure sooner rather than later. In the long run, he thinks, it actually saves Google money. Of course, incentivizing people to fail only works if you have a group of very self-motivated people who aren’t merely content to fail and be paid for it. Google X happens to be just such a place.

It was an extraordinary visit and I am grateful to Astro and the team at Google for taking the time to share it.

N&V StaffJuly 6, 2022
Read More
Scroll for more
Tap
“Cuts” do not mean what they teach in school
Wine and Pot