(Newt Gingrich) – It is not often I get to agree with Hillary Clinton.

I don’t remember ever agreeing with her on the issue of abortion. 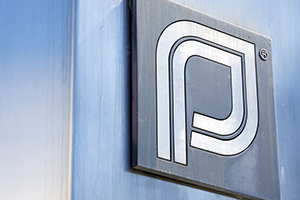 Yet last week, in response to the horrifying and barbaric tapes in which Planned Parenthood executives talk about “crushing” babies carefully so they can “harvest” the babies’ vital organs (a procedure worthy of Nazi Germany), Hillary Clinton at least for a moment stepped back from her automatic defense of abortion.

Asked by the New Hampshire Union Leader about the Planned Parenthood videos, Secretary Clinton departed from her normal rhetoric to say that she found them “disturbing”.

“I have seen pictures from them and obviously find them disturbing,” Clinton said in the interview.

She then expanded on the potential for House and Senate hearings by asserting: “This raises not questions about Planned Parenthood so much as it raises questions about the whole process, that is, not just involving Planned Parenthood, but many institutions in our country. And if there’s going to be any kind of congressional inquiry, it should look at everything and not just one [organization].”

Allow me to agree with Hillary Clinton. (Yes, I know it is a little startling.)

The Congress should then follow Hillary Clinton’s advice and review the abortion procedures of every abortion clinic in the country.

How do they dispose of babies’ bodies? How many of them follow the Planned Parenthood model of selectively crushing and dismembering the baby to get the desired parts to sell? How do they price them and how much money do they make from it? Are women informed of what the clinic is doing?

And if the press ever gets another chance to interview Secretary Clinton, reporters should ask her: what, precisely, does she find “disturbing” in the videos? What “questions” does it raise for her about Planned Parenthood and “about the whole process”?

What answers would make her reconsider her and her party’s blind support for abortion? What more would be needed to persuade her that taxpayers funding of Planned Parenthood is an outrage? What laws does she think need to be changed to address these “disturbing” practices?

The latest video, released after Secretary Clinton’s comments last week, reveals that Planned Parenthood is even engaged in selling “fully intact” aborted babies. “If we alter our process, and we are able to obtain intact fetal cadavers,” the employee says, “we can make it part of the budget that any dissections are this, and splitting the specimens into different shipments is this. It’s all just a matter of line items.”

Does selling babies’ bodies “disturb” Hillary as much as selling their parts? Perhaps someone should ask her.