Gingrich: How We Got Here: A Foreign Policy of Left-Wing Clichés

Gingrich: How We Got Here: A Foreign Policy of Left-Wing Clichés
N&V Staff 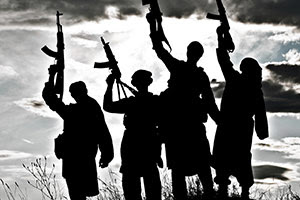 (Newt Gingrich) – Tuesday was the tenth anniversary of the 7/7 suicide bomb attacks in London, which killed 52 people and wounded hundreds more. In the decade since, the threat from Islamic supremacists has gotten worse in ways that were almost unimaginable in 2005. Nearly everywhere in the world, the threat of violence is greater than it was a decade ago.

The U.S. has been focused during this period on the terrorist threat, even if there is little progress to show for it. But because the media and political establishments tend to focus on only one problem at a time, it has been easy to miss the rate at which other anti-American threats have been developing during the same period.

We are drifting into a period of extraordinary risk. In the vacuum, foreign powers have become progressively more hostile, capable, and risk-taking. Putin’s brazen rule in Russia, an increasingly aggressive Chinese regime, the relentlessly dishonest Iranian dictatorship, and the steady development of nuclear and missile technology in North Korea are emerging threats for which the U.S. currently has no strategy. Worryingly, we have refused to consider that our enemies could coalesce into an anti-American coalition.

President Obama, it is sad to say, has invited many of the risks we face today.

He owes his presidency to opposition, in the far-left of the Democratic Party, to a strong America abroad. Those outside the U.S. saw his election as a victory for that worldview—anti-Americanism combined with anti-capitalism—as indeed it proved to be. The New York Times reported from Gaza the day after his victory that “Mr. Obama’s election offers most non-Americans a sense that the imperial power capable of doing such good and such harm — a country that, they complain, preached justice but tortured its captives, launched a disastrous war in Iraq, turned its back on the environment and greedily dragged the world into economic chaos — saw the errors of its ways over the past eight years and shifted course.”

It wasn’t just non-Americans who viewed Obama’s election that way. Obama himself embraced the role. Among his first acts of foreign policy as president were sending a feel-good YouTube video to the Iranian mullahs (the start of six years of begging), and his European “apology tour,” in which he confessed America’s sins on our behalf—the “times where America has shown arrogance and been dismissive, even derisive,” and “a failure to appreciate Europe’s leading role in the world.” It was for this atonement, evidently, that he was awarded the Nobel Peace Prize.

Those less enamored with ideas like “the European project” and a worldwide environmental regime took a more realistic view of Obama’s promise: impotence, weakness, and timidity, all inherent in the left-wing clichés he and his base espoused. The result has been aggression against the American order everywhere we look.

Putin clearly has contempt for the U.S. administration and is determined to push at the periphery to see if he can break up NATO and reintegrate more of the former Soviet Union back into the Russian Empire. As a KGB trained, would-be tsar, Putin is unlikely to be deterred by words and weakness.

The Chinese could hardly be more open in their determination to change the balance of power in their own favor. It is hard to know which is more threatening: the flagrant hostility of hacking into U.S. government records and stealing 18 million personnel files, or the construction, out of open ocean, of an expansive chain of islands and military bases to enforce a Chinese claim to an enormous territory—crowding Japan, the Philippines, Vietnam, Brunei and Indonesia. Both of these actions are potentially acts of war, but the President seems incapable of responding. The possibility that Chinese economic growth is slowing significantly makes that regime more rather than less dangerous.

Having ignored every red line he announced for Syria and Ukraine, President Obama is clearly committed to ignoring his red lines once again for the Iranian dictatorship. No level of Iranian mendacity, no depth of Iranian violation of agreements, no proof of Iranian support for terrorism are sufficient to slow the Obama administration’s rush to surrender on Iranian nuclear weapons.

After Russia, China and Iran, there are a number of increasingly threatening realities that the U.S. is avoiding because they so violate the ethos of the current administration. North Korea might have up to 60 nuclear weapons, according to Chinese sources. This is a huge increase from the failed Clinton policies of the 1990s and should serve as a warning about the current negotiations with Iran. Needless to say, it doesn’t.

All the while, we are failing even to contain the threat we are focused on. The attacks last Friday in Tunisia, Kuwait and France (not to mention the ongoing killings in Iraq, Syria, Yemen, Somalia, Libya, Egypt, Afghanistan, Pakistan, Nigeria) are a reminder that Islamic supremacists are gaining ground. A weak America has been a necessary condition for their progress, too.

This level of decline would have been unthinkable the day terrorists attacked London a decade ago, and tragically, the decline will likely result in more horrible days. The specter of feeble democracies trying to contain evil has not been this bad since the late 1930s. The danger now is that every bad actor in the world will view the next year and a half as their last best chance for aggression. This is what it looks like when left-wing opponents of a strong America get a chance to run our foreign policy.