(Newt Gingrich) – There were several impressive lessons from the trip Callista and I took last week to Panama.

Back when Presidents Gerald Ford and Jimmy Carter were negotiating the transfer of the Panama Canal, I was one of those who actively opposed ceding control of the Canal from the United States to Panama. I joined with then-Governor Ronald Reagan and other conservatives in opposing the shift. There seemed to be both national security and practical operations reasons for the United States to retain control. 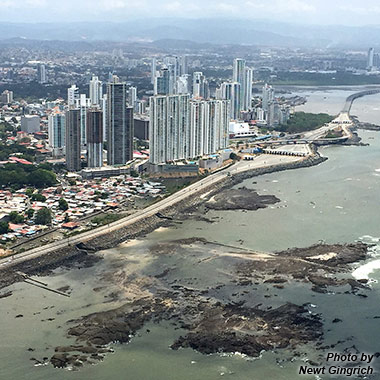 The classic phrase in the late 1970s was that we had built it, we paid for it and we owned it.

I also visited Panama in January of 1990, shortly after we occupied the country and arrested the military dictator Manuel Noriega. Nothing about the Noriega dictatorship made me feel better about turning the Canal over to Panama.

Today, the facts of the outcome vindicate Presidents Ford and Carter and their belief that the Panamanians were more than capable of running the Canal.

This is really important because, unlike the Suez Canal, the Panama Canal is operationally complicated.

The Suez Canal is essentially a giant ditch dug between the Mediterranean and the Red Sea. One of the reasons the French effort to build a canal in Panama failed was that they brought the machinery and systems they used moving sand around a flat area in Egypt to the vastly more complicated terrain of Panama.

Where Egypt had sand, Panama has mountains and rocks. 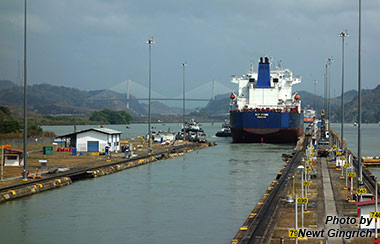 The Clinton Administration, and especially Joe Reeder, who was Undersecretary of the Army, really made the transition work. Reeder focused on empowering Panamanians, emphasizing the rule of law and making technocratic rather than political decisions in running the Canal.

Panamanians rose to the challenge.

All the Panamanian political parties came together and agreed that the Canal was too vital to the country to be crippled by political fighting. The Canal provides more than 10,000 jobs, is the second largest source of revenue after tourism, and pays the government a dividend every year which is a significant part of the national budget.

Collectively recognizing how important the canal was to Panama’s future, the people and the politicians added a constitutional amendment to protect it from future political meddling. No party has proposed messing with the Canal in the 15 years Panama has been running it.

When merchant ships began outgrowing the 110-foot wide locks built over a century ago, experts and businesses began to suggest a Canal expansion project. This project, now underway, will create a second set of locks 180 feet wide and allow all but a few ships to transit Panama.

There are two powerful lessons from how this small country has approached a very large, expensive, and complicated project. 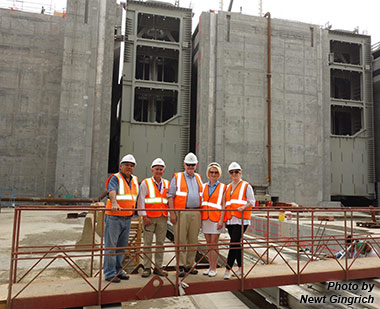 First, the leaders took the issue to the people. In the referendum, 78% of Panamanians voted for the expansion project.

Second, the project is funded with $5.2 billion in bonds which will be paid off by revenue from ships using the Canal. The politicians did not have to take any money away from any other activity. The self-funding nature of the project helped protect its disciplined, technocratic operations.

There is a lot Americans could learn from the Panama Canal as we look at our own infrastructure needs. In almost every zone–from managing our ports and rivers, to improving our highways and bridges, to replacing the current air traffic control system, to rethinking how we run mass transit–we could use less bureaucracy and less politics and more engineering and technical decision making. In financing these projects, we could also learn a lot from the self-liquidating bonds of the Panama Canal expansion project.

Callista and I learned a lot on our trip to Panama. We encourage you to visit.

Ron KnechtOctober 13, 2021
Read More
Scroll for more
Tap
A reading recommendation from the master of the twist ending
Nevada’s Business Lobbyists are acting like Hannibal Lecter