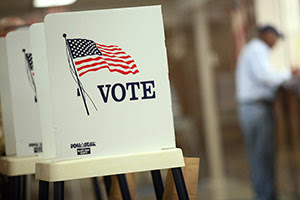 (Newt Gingrich) – The desperation of the elites to avoid the reality of the current voter revolt is amazing.

Almost all of our political elites are speaking as though politics follows physical laws that will combine to deflate the anti-establishment wave before election day.

“Trump has to be a bubble,” they say. “He’s a summer phenomenon and will disappear as people get serious. Traditional candidates will certainly reemerge.”

The surprising thing about all of this is not the contempt the establishment has for Trump.

After all, he has contempt for the establishment and so their rejection of him is psychologically understandable. When someone calls you stupid and a failure, you aren’t likely to embrace and applaud them.

Indeed, while Trump is the largest personality, he isn’t the biggest surprise of 2015.

The real surprise is the collective rejection of traditional elected officials by a majority of the American people.

If Trump were to falter this week, the person in second place is Dr. Ben Carson. In personality and background, Dr. Carson is an even bigger break from traditional politics than Trump.

Rapidly rising into contention is former Hewlett-Packard CEO Carly Fiorina. Her first debate performance has driven her into a solid competitive position comparable to most of the traditional candidates.

Finally, Senator Ted Cruz is the only elected outsider in the race. Whether from personality, instinct or strategy, Cruz has managed to remain an outsider throughout his term in the Senate.

Analysts owe the American people respect for their choices.

In some polls, the four outsiders now get 60 percent of the vote.

What does this judgement tell us about the American people and their interpretation of where we are?

What does a vote of this size against traditional candidates tell us about the level of dissatisfaction everyday citizens are feeling about their elites?

And what if the citizens are right and the elites are wrong? This is a point William F. Buckley used to make when he said he would rather be governed by the first 100 names in the Boston phonebook than by the Harvard faculty. Elites tend to have a lot of sophisticated ideas – many of which prove to be stunningly foolish over time.

One of the great virtues of a free society is that the people get to educate the elites by the power of their voice and their vote.

Instead of a conversation about Donald Trump’s next supposedly outrageous statement, let’s talk about the state of the electorate and why Washington either doesn’t hear its message or doesn’t care.