(Newt Gingrich) – For a model of ordinary citizens coming together to defeat prison guards of the past, it would be hard to do better than the parents of Palm Lane Elementary School in Anaheim, California. 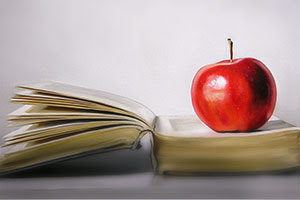 Palm Lane is failing — a majority of students are below grade level in English, for instance — and it has been one of the state’s worst schools for more than a decade. Last year, the parents decided to act. Under a 2010 California law instituting what’s known as a “parent trigger,” the parents sought to turn Palm Lane into a charter school, which would free it from its current administration and allow the parents to accept outside proposals for running the school.

The petitioners needed signatures from a majority of parents in a school where 85 percent of students are Hispanic, 92 percent are on free or reduced lunch (i.e. in poverty or near poverty) and 60 percent are English language learners. Amazingly, the parents got the signatures they needed. And yet, predictably, the prison guard teachers unions and the Anaheim school board weren’t enthusiastic about parents trying to take charge of their children’s education. They tried to block the move however they could.

As the Wall Street Journal reported:

School district officials and the teachers union tried to stymie parents at every turn. The union even complained that signature gatherers were bribing parents with free iPads, a false allegation that the district superintendent repeated in a cautionary letter to parents. In February, the school district rejected the petition on dubious grounds, which included claims that parents had made paperwork errors, such as failing to “submit a separate document that identifies the lead petitioners.”

Though more than 60 percent of parents signed the petition, the district threw out dozens of signatures that could not be “verified.” That is, the parents could not be reached between the hours of 8:30 a.m. and 4:30 p.m. to confirm that they signed the petition. Maybe that’s because they were working. This left parents 12 signatures short of the 50 percent threshold, so they sued the district for improperly rejecting the petition.

Last week, a judge ruled in the parents’ favor, chastising the school board for being obstructionist, unfair and in some cases, dishonest. The decision means the parents can proceed with their plan to convert Palm Lane into a charter school.

As we all know, Palm Lane Elementary is far from the only failing school in America. Millions of students are trapped in classrooms where they aren’t learning. In Baltimore schools, for instance, 87 percent of students are below grade level in math, and 84 percent are below grade level in reading. Yet almost without exception, these failing schools are insulated from reform and accountability by school boards and teachers unions with an interest in protecting the past.

The parents of Palm Lane Elementary point to a new strategy for overcoming the prison guards of America’s students. Instead of waiting for sweeping reforms to federal and state education policy, parents can fight for their neighborhood schools themselves. In California and the handful of states with “parent trigger” laws, they can do this directly with a petition to force major changes.

In other places, parents may need to organize to take over their local school boards. That’s what happened in Douglas County, Colorado, where reform-minded citizens organized professional, very well-funded campaigns to win control of the county school board. Once in office, Politico reported, “the conservatives who control the board have neutered the teachers union, prodded neighborhood elementary schools to compete with one another for market share, directed tax money to pay for religious education and imposed a novel pay scale that values teachers by their subjects, so a young man teaching algebra to eighth graders can make $20,000 a year more than a colleague teaching world history down the hall.”