Gingrich: The Divine Right of Bureaucrats 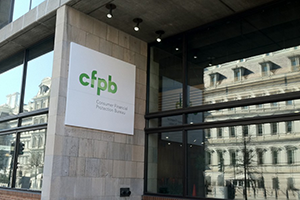 (Newt Gingrich) – Last month marked the 800th anniversary of the Magna Carta, the Great Charter. At Runnymede on the banks of the Themes, the barons compelled England’s king to acknowledge for the first time that he was subject to the rule of law. By the time the American founders set out to establish constitutional limited government on this continent five centuries later, the rule of law was assumed, as it has continued to be throughout most of American history.

This 800-year heritage is a reminder of just how radical the administrative state we have today is — regulatory bureaucracies so powerful, so unchecked, and so unaccountable that they often behave as though they govern by divine right.

If that sounds like an exaggeration, consider the Consumer Financial Protection Bureau, which acts as judge, jury and executioner in administering laws it has invented through an interpretation of its authority that appears unlimited.

The CFPB has discovered that the mere threat of its regulatory authority allows it to pronounce and enforce new rules it has no legal right to create. And since the CFPB’s regulatory authority covers much of the country’s financial system — services on which everyone depends — the agency has found it can issue, in effect, new laws applying to dozens of industries beyond its normal purview. It simply has to sever access to financial services for those who don’t comply.

The chilling name for this project is “Operation Choke Point.” In short, it involves the CFPB conspiring with officials at the Justice Department and FDIC to put law-abiding American companies out of business.

They do so by pressuring banks and payment processors to deny service to entire categories of perfectly legal businesses — effectively crippling those industries’ ability to function. A 2011 document from the FDIC names 30 industries of focus, including “ammunition sales,” “firearms sales,” “payday loans,” “coin dealers,” “online gambling,” “tobacco sales,” “racist materials,” “pornography” and “telemarketing,” among others.

Banks are intimidated into telling these legal businesses that they can no longer serve them. The bankers explain apologetically to their former clients that it’s not personal; regulators have insisted they drop clients in specific industries. In one typical notice, obtained by The Washington Post, a banker advised a business that “based on your performance, there’s no way we shouldn’t be a credit provider. Our only issue is, and it has always been, the space in which you operate. It is the scrutiny that you, and now that we, are under.”

In many cases, according to a report published last year by the House Oversight and Government Reform Committee, regulators have targeted these legal industries out of “personal animus,” and “effectively ordered banks to terminate all relationships” with an industry that senior officials said in emails they “literally cannot stand.”

President Obama explained recently that he is “most frustrated” by his inability to pass gun control laws through the Congress, so perhaps it is no surprise that the gun industry has been singled out for targeting under Operation Choke Point. As The Washington Times reported, banks and payment processors have been terminating the accounts of law-abiding gun dealers across the country.

The U.S. Consumer Coalition obtained recordings made by a Wisconsin firearms dealer, Mike Schuetz, in which his banker tells him flatly that federal regulators instructed the credit union on specific accounts it should drop. As Breitbart reports:

“[Federal] examiners…came in and looked at our accounts…looked at our books,” one official of Heritage Credit Union is heard telling Schuetz on one of the tapes. “Here’s some accounts that we feel that we’re going to regulate you on…and kinda put the screws to us as far as what we could and couldn’t do. The regulatory and compliance issues that we said earlier are true. We never used to have to do that stuff…and our hands are tied by it.”

Other audio recordings are equally chilling. “You wouldn’t believe the regulations we have and when they came in and nailed us on that [accounts] there were about a dozen of them crawling around the building,” a Heritage Credit Union official is heard on the tapes telling Schuetz.

This is a sign of a bureaucracy that has discovered how to quietly and informally leverage its statutory power for its own ends, unconstrained by Congress and fearless of any consequences.

The bureaucrats’ behavior sets an extraordinarily dangerous precedent. And worse: it takes a sledgehammer to the rule of law, the foundation of our civilization for 800 years.