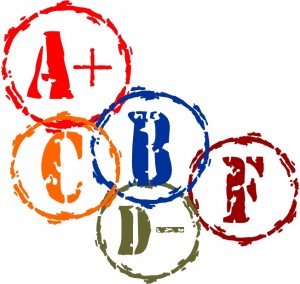 (Lori Piotrowski) – If you had misgivings about the education your children were receiving in the Clark County School District, your instincts were on mark. A new study, released on September 27, lets you compare your district’s scores in math and reading achievement with other districts within the state, within the U.S., and with other developed countries throughout the world.

According to a press release by the George W. Bush Institute, “U.S. student performance is surprisingly mediocre in school districts that are often viewed as the pride of American K-12 education.”

The Global Report Card (GRC) study was conducted by Jay Greene, a fellow at the George W. Bush Institute and professor of education at the University of Arkansas, and Josh B. McGee. The researchers compared academic performance, based on test scores, of nearly 14,000 U.S. school districts to the average of a group of 25 developed countries. All but two of these countries have lower per-capita Gross Domestic Product (GDP) than the United States.

During his presidency, George W. Bush initiated the “No Child Left Behind” (NCLB) act, which has had educators reworking curriculum and testing to improve student achievement scores. Many teachers are not fond of NCLB, which according to the Bush Institute, champions change formulated around the principles of accountability.

The Bush Center states that the GRC goal is to provide easy-to-understand and widely accessible information about student performance to inform and inspire America’s families to stand for excellence in our nation’s schools. The GRC compares student achievement in U.S. school districts with international academic achievement to provide a true global measure of how America’s schools stack up.

The findings from the GRC are being published in Education Next (www.educationnext.org), a public policy journal, and are also available at www.globalreportcard.org where visitors can compare school district data.

Writing about the GRC, Dr. Greene said, “There are an endless number of interesting stories that could be told with this information, but the one that really stood out to us is that achievement in many of our affluent suburban public school districts barely keeps pace with that of the average student in a developed country.”

“People who flee from urban education ills thinking that their children will get a top world-class education in the suburbs may be disappointed. The suburban education is usually better than in the city, but it may not be preparing students to compete for top paying jobs in a globalized jobs market,” he continued.

A school district’s GRC score indicates the level of math or reading achievement by that district’s average student compared to student achievement in a set of 25 developed countries. The score represents the percentage of students in the international group who would have a lower level of achievement. For example, a percentile of 60 means the average student in a school district would perform better than 60% of the students in the international group.

Clark County parents should be afraid, very afraid, for their children’s future.

If we compare CCSD to schools in Canada, our students fare even worse: 19% in math and 26% in reading.

The study was conducted for a four-year period, using scores from 2004 through 2007. Below are the results for CCSD compared to the international group:

Clark County fares a bit better when we compare it solely to other districts within Nevada:

The GRC is a comprehensive look at schools throughout the United States. Check out your schools, get your family in other cities and states to check out how their schools are doing.

The Web site provides a wealth of information about the GRC, describes how the rankings were developed, and directs you to resources to educational reform.