(Chuck Muth) – Assemblyman Ed Goedhart on Thursday had a letter hand-delivered to Democrat Senate Majority Leader Stephen Horsford and Democrat Assembly Speaker John Oceguera which calls the Democrat leaders’ bluff on their claims that “everything” is on the table, while outlining the conditions under which he would consider breaking his Taxpayer Protection Pledge. For you Clint Eastwood fans, this is Goedhart’s 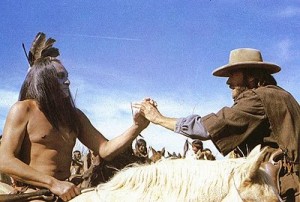 letter, showing the “iron” in his offer to compromise.

While what passes for “leadership” in the Republican Assembly plays patty-cake with the Democrats, Goedhart is playing hardball. Are Democrats really open to serious give-and-take…or are they planning to take the gold mine while giving Republicans the shaft…again? Goedhart’s letter will smoke ’em out. Enjoy….

Since well before this legislative session commenced, I’ve heard incessant, never-ending media opinions, special interest rhetoric and Democrat talking points suggesting that everything, meaning tax increases – or as your side prefers to call them, “revenue enhancements” – has to be on the table.

To that end, Minority Leader Pete Goicoechea indicated recently that Republicans in the Assembly were willing to negotiate an extension of the $800 million worth of “temporary” tax hikes which were passed in 2009 and are scheduled to expire later this year. He articulated five “demands” that would have to be met first.

I’m writing to further clarify my position on possibly negotiating on tax increases, as well as request your position on a variety of negotiating points in addition to the conditions suggested by Mr. Goicoechea.

As you know, I have, without reservation, signed the Taxpayer Protection Pledge promising the voters of my district, and the people of Nevada, that I will oppose and vote against any and all efforts to increase taxes. That said, I do recognize that extraordinary circumstances may occasionally demand extraordinary actions, including, perhaps, higher taxes.

Make no mistake; I do not believe higher taxes are needed at this time and fully support the governor’s proposed budget. That said, in return for some very serious and substantive government reforms, I am willing to consider abandoning my Tax Pledge. However, should I ever do so I would also take the following actions:

1.) I would call a press conference in my district to publicly announce to my constituents that I was rescinding my Taxpayer Protection Pledge.

2.) I would immediately resign from the state Assembly at the end of the session.

Where I come from, a man’s word is still his bond. If I break it, it will be because I’ve been convinced by you and others that it would be in the best interest of my constituents, our state and the cause of liberty.

Nevertheless, I believe violating the trust of the voters in such a manner demands a significant voluntary political penalty. Therefore, I would further announce that I would not be a legislative candidate in 2012 and not even consider continued service in public office until after sitting out in the “penalty box” for one full election cycle.

I hope you see from this declaration that (a) when I say I’ll come to the table, I’m serious and not just blowing smoke to score some cheap political points; and (b) I will not leave the table with table scraps, so you better be prepared to make some serious compromises yourself.

With that in mind, please advise as to which of the following you are and/or are not willing to put on the table should I be willing to abdicate my Tax Pledge. Just put a check next to the items you’re willing to consider in any negotiations for this legislative session and return to my office.

 The creation of a permanent legislative Spending Control Committee.
 A Tax & Spending Control law limiting future government spending increases to a combined rate of inflation and population growth.
 A 2/3 super-majority tax restraint law for ballot initiatives.
 REVENUE NEUTRAL tax reform
 Zero-based budgeting.
 Gubernatorial line-item veto.
 Funding for a far more advanced and enhanced transparency website of the government’s “checkbook” to be administered by the state Controller’s office.
 Repealing the state’s minimum wage law.
 Repealing the state’s prevailing wage law.
 Repealing the state’s mandatory motorcycle helmet law.
 Serious changes to the state’s construction defect laws.
 Changing PERS from a defined benefit to a defined contribution plan
 Eliminating collective bargaining for local public employees.
 Requiring that all collective bargaining sessions, absent repeal, be conducted in public and be subject to the state’s Open Meeting law.
 Requiring that all collective bargaining agreements be posted on a public website hosted at the union’s expense.
 Requiring that all collective bargaining agreements be approved by a vote of the people if the members of the union being represented in the negotiations are afforded a vote on the agreement.
 Elimination of payroll deductions for union dues for public employees.
 Prohibition on using any union dues, public or private, for political purposes without the expressed, written consent of the employee.
 Requiring all public sector unions to file an annual financial report showing where all its money came from and where it all went.
 Prohibiting public employees from serving in the Legislature.
 Universal school vouchers.
 School vouchers for economically disadvantaged children.
 School vouchers for special needs children.
 Creation of a statewide school board just for charter schools.
 Serious changes to the state’s charter school laws making it easier to open and operate charter schools.
 Transferring management control of the Department of Education to the executive branch.
 Withdrawing Nevada from the federal No Child Left Behind program.
 Photo ID requirement for voting.
 Making English our state’s official language for government purposes.
 Prohibiting an individual’s property from being reassessed for tax purposes until sold or ownership is otherwise transferred.
 Implementing a flat, one-time fee of $50 for registering a new car. No more annual renewals.

In the absence of these reforms any increase in taxes will be a short term fix. As long as we continue running the government without looking at the efficacy of existing programs and policies we will always need additional revenue. It is our responsibility to maximize the return on the taxes paid by our constituents.

If you are willing to negotiate honestly, seriously and in good faith on some or all of these issues, I’m certainly willing to do the same on the tax issue knowing full well the consequences of my potential actions. I anxiously await your response.