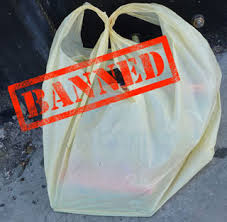 (Chuck Muth) – From the Department of Stupid Is As Stupid Does comes the latest from Nevada’s neighbor to the West. The California Legislature has passed, and Gov. Jerry “Moonbeam” Brown has signed, the nation’s first statewide ban on…plastic bags (SB 270).

So how are canine owners supposed to pick up the dog poop on sidewalks and the neighbor’s lawn now?

Unless repealed by voter referendum, the law will ban the use of plastic bags in grocery stores beginning next summer and in convenience stores and pharmacies in 2016.

The ban is billed, of course, as saving the environment, which, of course, is “for the children,” but also, of course, is a load of flapdoodle. As the American Progressive Bag Alliance explained in a press release following the bill being signed into law…

“Senator Padilla’s bill was never legislation about the environment. It was a back room deal between the grocers and union bosses to scam California consumers out of billions of dollars without providing any public benefit – all under the guise of environmentalism. If this law were allowed to go into effect it would jeopardize thousands of California manufacturing jobs, hurt the environment, and fleece consumers for billions so grocery store shareholders and their union partners can line their pockets.”

Doesn’t sound so altruistic now, does it? I’ll get to the “fleecing” part in a minute.

Gov. Brown declared that the ban would reduce “the torrent of plastic polluting our beaches, parks and even the vast ocean itself.” But think about that.  Brown’s argument for the plastic ban is that it will reduce litter.  But if you take that to the logical next step, then we’ll soon be banning aluminum cans.  And then Big Mac boxes.  And finally candy wrappers!

But this ridiculous law is even worse than it seems on the surface.

You see, once the ban takes effect stores will still be allowed to use paper bags – only the customer will be charged a fee of at least 10-cents per bag. But that fee will not go to the government for, say, anti-littering programs.  No, that money – which could reach into the BILLIONS of dollars – will go to the stores themselves!

So California’s ever-compassionate liberals will soon be taking money out of the pockets of poor and middle-class families and giving it to multi-million dollar corporations. Yeah, that’s the ticket!

An effort to repeal the law via the ballot is already in progress. If enough signatures, a little over half a million, are gathered within 90 days of the bill being signed into law, then the law will be suspended until the repeal is voted on in 2016.  So the plastic bag isn’t dead yet!

I wonder which liberal Nevada legislator will introduce a similar ridiculous bill here next year.

(Mr. Muth is president of Citizen Outreach, a conservative grassroots advocacy organization. He can be reached at www.MuthsTruths.com)