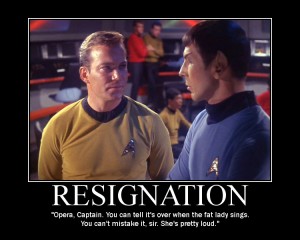 (Chuck Muth) – Sen. John Ensign finally did the right thing, apparently one step ahead of the law, but it was too little, too late. If he’d quit from Day One, Dean Heller might already be a U.S. senator and Harry Reid might not be in office. But that’s all water over the bridge and under the dam now.

Odds are it won’t take long for Gov. Brian Sandoval to announce that Rep. Heller is his pick to fill the Ensign vacancy (heck, it could be done by the time this gets published). That means Heller will be running in 2012 as the incumbent rather than running for an open seat.

Still, Heller’s likely Democrat opponent, Rep. Shelley Berkley of Las Vegas, is considered by many prognosticators to be a slight favorite. She will benefit from a voter registration advantage, as well as the Harry Reid turn-out machine that vaporized Sharron Angle’s lackluster, mismanaged campaign last year. Plus she’ll be on the same ticket as President Barack Obama.

Some are speculating that with the Ensign resignation, and likely Heller appointment, Berkley will re-think her decision to enter the race. I don’t buy it. In for a penny, in for a pound. No turning back now.

Which brings us to the upcoming special election to replace Heller in his northern/rural congressional district.

Angle was the first to announce her candidacy even before Ensign bowed out; an announcement that was greeted by many Republicans with, “Oh, no…not again.” Still, because of her name ID and a national fundraising base developed in her losing effort against Reid last year, Angle is clearly the favorite among likely GOP candidates at this point to win.

That said, her oft-demonstrated ability to snatch defeat from the jaws of victory has many Republicans, even among some who were squarely behind her last year, wishing she’d just take the hint and take a hike. But a crowded field likely to include Kirk Lippold, Mark Amodei, Brian Krolicki and Greg Brower could split the anti-Angle vote and finally hand the staunch social conservative the brass ring.

On the other hand, just as many believed Angle was the only Republican who could possibly lose to Harry Reid last year, many now believe her candidacy in this special election means she’s the only Republican who could possibly cost the GOP the 2nd congressional district seat. A large, divided Republican field of Angle vs. Any-Republican-but-Angle could hand the seat to a Democrat, probably the only way a Democrat has a shot at this seat.

Knowing the Republican track record of never blowing an opportunity to blow an opportunity, I’d say Democrats could be on the verge of winning what was otherwise thought to be an unwinnable seat. Nice legacy Ensign. Don’t let the door hit ya.