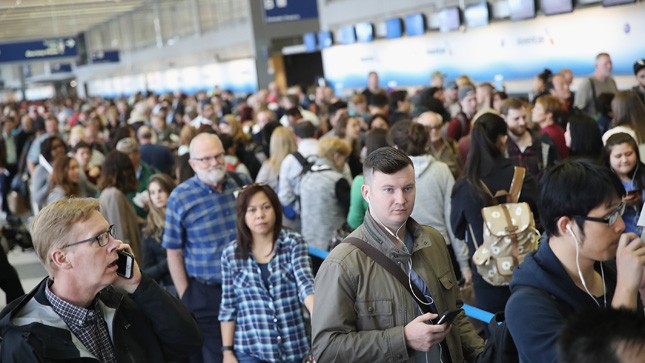 But this year’s document points to a new reason to push for TSA reform: massive lines at security checkpoints, which started forming at airports around the country this spring.

“Americans understand that, with the threat of terrorism, their travel may encounter delays, but unacceptably long lines at security checks can have the same impact as a collapsed bridge or washed out highway,” the document says.

The Republican platform also says that unionization has never been permitted in any government agency that handles national security — except when it comes to the TSA.

“We will correct that mistake,” the document says. “TSA employees should always be seen as guardians of the public’s safety, not as just another part of the federal workforce.” Click here to continue reading