Government should Let Uber and Lyft Do What They Do Best: Innovate

Government should Let Uber and Lyft Do What They Do Best: Innovate
N&V Staff 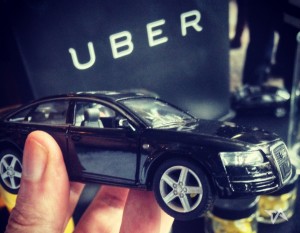 (By Craig Westover) – Everyone seems to love rideshare services Uber and Lyft. Everyone, that is, except regulators and the government-imposed transportation cartels they defend. You know, the ones who have been working off the same tired model of service since the days of the horse and buggy? Virginia’s Department of Motor Vehicles recently fined the operators of both innovative car services, and last week the government issued cease and desist orders demanding both stop operating or their part-time drivers would face more fines.

How popular is Uber? Just this past week it was valued at more than $18 billion.

In a previous life, I worked for a Fortune 500 corporation at a time when “entrepreneurial spirit” was the buzz phrase of corporate America. While downsizing and rightsizing, America’s corporations in the 80’s adopted a “If-you-can’t-beat-them-join-them” attitude in the struggle to keep pace with the flexibility and adaptability of myriad niche marketers plundering their customers.

Do we see the problem, here? Corporate executives thought they were delivering the message “be innovative and take risks,” but operational managers heard only the message “be careful.” Not surprisingly, whatever entrepreneurial spirit existed was nipped in the bud.

Fast forward to the political climate of 2014. Like misguided corporate executives of the 1980s, elected officials are sending mixed messages to American entrepreneurs.

The popularity of urban living is on the rise. Young, progressive Americans — the so-called creative class — are moving back to the cities and bringing with them a whole new set of expectations that elected officials fail to grasp, but entrepreneurs do.

These urban pioneers and entrepreneurs are seeking and providing services in non-traditional ways that are at odds with politically powerful, entrenched interests shaped by decades of regulations that suddenly put them at a competitive disadvantage. Instead of remaking their businesses to be more competitive, entrenched interests look to government to provide regulatory cover for their inefficiencies.

Case in point is the conflict in a number of cities between ridesharing companies such as Uber or Lyft and traditional taxicab companies. Ridesharing offers convenience, comfort and affordability and is consistently one of the least expensive means of getting around major cities. It provides drivers with a steady income (that routinely exceeds twice the minimum wage) with little initial investment.

Ridesharing is a winning situation for everyone except established cab companies, who argue they should have a monopoly on driving people around town. And, as we’ve seen in Virginia and elsewhere, cab companies have clout. Across the country they are leveraging their political connections to convince city officials to regulate, limit or outright ban ridesharing altogether.

The conflict between innovation and established interests is not limited to transportation. A new class of “unexpected libertarians” is emerging in cities across the country who are increasingly frustrated with many aspects of urban life where government is proving incapable of fostering innovation and choice — two expectations that are pillars of the millennial generation.

In response to a host of other urban innovations that challenge the dominance of established businesses, cities are “leveling the playing field” not by relaxing regulation across the board but by expanding the scope of regulatory restrictions and the heavy hand of government.

AirBnB, a website that connects travelers with property owners who have homes, rooms and even boats and treehouses to rent has come under intense fire because it assumes responsibility for the quality of the rentals it lists instead of abiding by hotel codes and paying hotel taxes. Food trucks providing diverse and affordable fare are deemed unfair competition by restaurant owners who petition city halls to regulate the competition. As microbreweries become less a fad and more a trend, big-time brewers and beer distributors become increasingly hostile and petition local governments to impose strict regulations on how the newcomers sell their products — or even prevent them from opening at all.

Do we see the problem here?

(Craig Westover is a communications fellow with the Institute for Justice.)