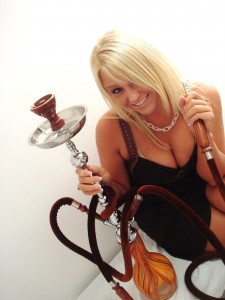 (David Mansdoerfer) – During grad school, my class had a running joke – if you want to affect social change, just come up with a program to ‘educate’ the masses. Once the masses were ‘educated’, they would fall in line with your way of thinking and the world would magically turn into a better place.

If we lived in this idealistic world, ketchup packets, Keynesian economists, and Democrats would all not exist. Though I jest, personal liberty was the foundation in which the United States was built upon. Thomas Jefferson, a Founding Father and President of the United States noted, “Under the law of nature, all men are born free, everyone comes into the world with a right to his own person, which includes the liberty of moving and using it at his own will. This is what is called personal liberty.”

Today, we are bombarded with up to 5,000 advertisements each day. Each of these ads pleads for our attention and affects what we buy, watch and support. How then, are we supposed to react when our own tax dollars are used to try and manipulate our social habits and take away our personal liberty?

Recently, various government entities have begun to wage war against the hookah industry using our tax dollars to fund their campaigns. In Nevada, the Southern Nevada Health District has partnered with Rescue Social Change Group, LLC to begin a radio and television campaign advertising campaign to ‘inform’ the citizens of Nevada of the affects smoking hookah can have on one’s health.

Hookah, which is primarily sold in mom and pop lounges and cafes, is a relatively small niche market. Even by the Southern Nevada Health Districts own estimates, there are only between 200-300 hookah bars or cafes operating in the United States. The people who partake in hookah come from a wide socio-demographic. A defining characteristic of this socio-demographic, however, is that they are all adults capable of making the choice of what legal substances they want to partake in.

This campaign has neglected to cite a list of studies that detail the impact smoking hookah has on an individual. Instead, they use a single source – which as any good public policy analyst knows is irresponsible. If the government wants to discourage social habits, instead of spending money on overpriced advertising companies, they should commission studies and reports that provide clear facts and figures. Then, if people want, they can go online and use the powerful information resource known as the internet.

If the government really wants to ‘educate’ us into believing we are making poor decisions, it should come to the table with a long list of studies that backs them up.

Until then, they should stop trying to infringe on the personal liberties of hookah bar patrons and wasting our tax dollars.