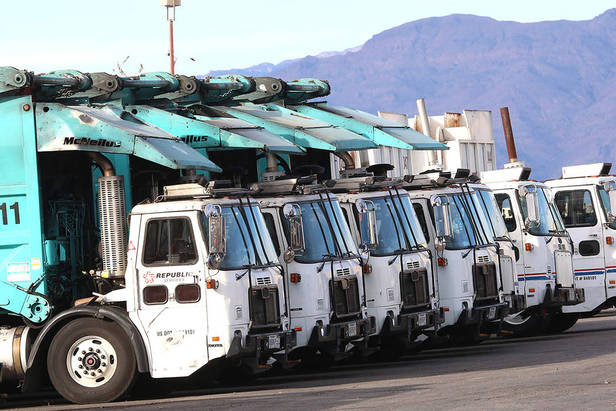 Republic Services of Southern Nevada is currently the only waste-management company allowed to handle residential trash in the city of Las Vegas — and has been since at least 1985. Four years before the company’s current exclusive franchise agreement is set to expire, Republic is negotiating with the city for an additional 12-year contract extension.

“If they are going to issue another monopoly franchise, it should at least be put out for an RFP (Request for Proposal),” said Chuck Muth, president of Citizen Outreach, a grassroots advocacy organization focused on limited government public policy issues.

“Ideally, they would open up the market completely,” he said. “The odds of that happening, we know, it’s a longshot. That’s why we at least want to force Republic to bid on it like everybody else.”

He said a few hundred signatures would be a win for them, given that in his experience, “not a lot of people get energized over local issues.”