Grover Norquist: How Trump can get new roads and bridges without a gas tax hike

Grover Norquist: How Trump can get new roads and bridges without a gas tax hike
N&V Staff

House Speaker Nancy Pelosi and the Democrats have a strategy to destroy the Trump legacy and defeat him in November 2020. It’s a trap that has worked once before. 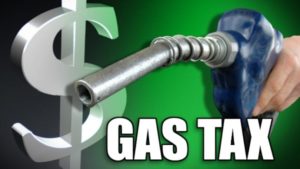 President George H.W. Bush’s administration had no shortage of accomplishments. He managed the collapse of the Soviet Union. He drove Iraq out of Kuwait without getting stuck occupying it for a generation. He enhanced a 7-year economic boom started by President Ronald Reagan. At one point, his approval rating hit 89%.

He didn’t just lose — he was humiliated. He was defeated by the little-known governor of Arkansas and won a smaller percentage of the vote (38%) than Goldwater had in his historic defeat.

How did this happen? It was simple. Democrats talked Bush into signing a tax hike.

Democrats framed it as a necessary move to reduce the deficit. To sell it, they promised to cut spending by $2 for every $1 of tax increases. To no one’s surprise, taxes were raised. But to the public’s dismay, federal spending actually increased, and increased by more than previously planned. All of the tax hike went towards new spending programs, and the deficit increased.

Bush’s tax hike ended his presidency. It slowed the economy and eclipsed the significance of all his previous accomplishments. Today, Bush’s presidency is best remembered for three infamous words from his campaign: “Read my lips.”

Pelosi and Chuck Schumer have similar plans for President Trump.

This time, the tax hike they seek is not to “fix the deficit.” After Obama’s extravagant stimulus and healthcare packages, Democrats are smart enough to know that the notion they care about deficits is laughable. This time they will do it for “infrastructure.” (That is a French word that means “everything except roads.”)

Once they’ve gotten Trump to agree to a tax-hike for infrastructure, Democrats will wield it as club and bash Trump as a hypocrite for raising taxes. They will take the additional revenue and spend it on everything other than building roads. Meanwhile, Trump’s popularity will plunge with his base for breaking his promise on taxes.

Trump is a better negotiator than George H.W. Bush. He should know the only interest Pelosi has in an infrastructure deal is using it to cripple his administration.

The good news is that there’s bipartisan legislation in Congress that funds infrastructure spending without hiking taxes. We can have more roads and bridges without increasing taxes.

Introduced by House Freedom Caucus and Congressional Black Caucus members, the Generating American Income and Infrastructure Now Act would authorize the Department of Agriculture to sell off distressed assets and use the proceeds to fund infrastructure investments in urban and rural communities living below the poverty line.

Though the bill only involves loans in the Department of Agriculture, the agency has a whopping $155 billion in non-guaranteed debt on its books. Lawmakers can and should use the GAIIN Act as a blueprint to go agency-by-agency, selling off loans to fund infrastructure.

For perspective, federal agencies currently hold more than $2 trillion in debt-and-lease assets that can be easily sold off. The federal government shouldn’t be in the money-lending business to begin with. Sitting on a pile of uncollected loan payments totaling trillions of dollars is strong evidence that politicians make poor moneylenders.

Instead, the government should sell off these loans to private lenders and use the revenue to fund infrastructure. Doing so is a proposal that keeps Trump’s commitment to lowering taxes and reducing the size of government.

While the approach is creative, it also has historical precedent. During the Reagan Administration, Congress used the same approach to cover revenue gaps in the Omnibus Budget Reconciliation Act of 1986 to pay for tax reform.

The politics surrounding the proposal are ideal for the president as well. The bill’s cosponsors include Republicans of the House Freedom Caucus and Democrats of the Congressional Black Caucus, two groups not afraid to buck their own leadership. Support on an infrastructure proposal backed by the CBC could turn the tables on Pelosi and pressure Democratic leadership to come to the table. Any policy idea that allies the Congressional Black Caucus with the House Freedom Caucus in this highly polarized political climate should not be ignored. There is real momentum here.

In the first year of his administration, Trump kept his word and signed historic tax reform into law. A strong economy driven by those same tax cuts will be the selling point of Trump’s reelection campaign.

By Grover Norquist, as published in the Washington Examiner

Grover Norquist (@GroverNorquist) is a contributor to the Washington Examiner’s Beltway Confidential blog. He is the president of Americans for Tax Reform.