Guess What Nevada Controller Found in the Sofa Cushions? 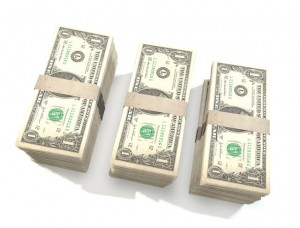 (NN&V Staff) – Nevada State Controller Ron Knecht announced on Friday that the Controller’s Office saved taxpayers $103,319 in Fiscal Year 2015, which closed on June 30, 2015. This money was returned to the state General Fund and will allow taxes and fees to be lower in the future by the same amount.

“When we came into office in January, we were faced with a very tight budget and the prospect of having to ask the Legislature for an additional $35,000 to cover a shortfall in payroll. Knowing this at the start, I challenged my senior managers and the entire team to find cost savings anywhere they could,” Knecht said.

Knecht added: “I am proud of members of the Controller’s Office team for overcoming the trend of the first six months of the Fiscal Year that had our office on pace to possibly exceed our budget. I salute them for the innovative and imaginative ideas brought forth to senior staff to realize these savings. In doing our duties to the voters, taxpayers and broad public interest, we seek to continue and extend this record.

“The savings realized in our first six months are modest, to be sure, but they are real savings in actual spending levels, reversing the prior trend. Every public dollar should be spent wisely and effectively. I’ve instructed our team to find cost savings and efficiencies where they can and to bring fresh ideas to senior management and myself for additional ways to trim costs.” Knecht said.

The Nevada State Controller is the Chief Fiscal Officer for the state and is responsible for administering the state’s accounting system, settling all claims against the state and collecting debts owed to the state.

The Controller processes and records the state’s financial transactions, conducts the final audit and ensures compliance with our Constitution, federal laws and state statutes.

The Controller has a duty to provide information to the people of Nevada that will allow them to determine whether their tax dollars are being spent efficiently and effectively, and Knecht campaigned on a promise to increase that kind of accountability, among other things. The office has 43 full time employees, just as it did when he became Controller.

Ron Knecht was elected State Controller November 4, 2014, and has been serving in the position since being inaugurated January 5, 2015.