Hardy: Thanks to those people who are doing great things for Nevada

Hardy: Thanks to those people who are doing great things for Nevada
N&V Staff

(Cong. Cresent Hardy) – I was outraged and grieved to hear of the shooting deaths earlier this week of four U.S. Marines in Tennessee, as well as a U.S. Navy Sailor who succumbed to his injuries this morning. My heart goes out to the victims’ loved ones, friends and fellow service members. Our troops willingly put their lives on the line in deployed locations worldwide, and the last place they should feel threatened is at home on U.S. soil.

The shooter is dead, and may justice be swiftly brought to any others who may have been involved in this horrific act.

A message straight from our troops’ leadership earlier this week on what we can do: 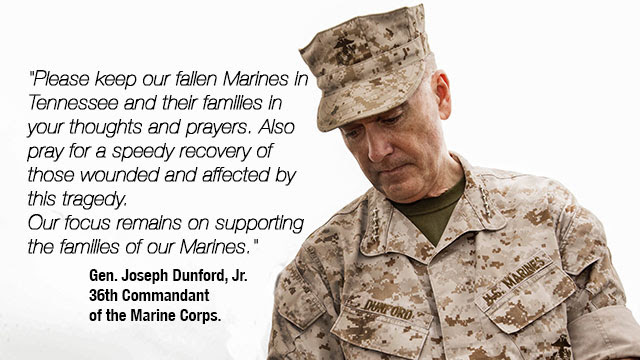 These are the moments that remind us that no matter our differences on matters of policy, or strong opinions on political issues, we are all Americans, and we have our brave men and women in uniform to thank for the freedom we all enjoy.

The matter of governing this great nation, whose foundation is wrought from such sacrifice over centuries, is no small matter. My colleagues and I, from both sides of the aisle, are acutely aware of this as we go about legislative business on your behalf every day.

Here are some important issues that have come up recently:

The Obama Administration announced a Nuclear Deal with Iran. Click here to read what I think about it and get involved in the conversation on Facebook.

Speaking of our national security, I was selected as a conferee to complete the FY16 National Defense Authorization Act. The Constitution clearly requires Congress to reflect the will of the people when using the power of the purse, and I consider it a sacred honor to do so in matters as important as funding our military and the programs that support them. Read more about why this is important for Nevada.

President Obama designated a new national monument in Nevada — Basin and Range. The governor, some of Nevada’s congressional delegation, and affected county commissioners have joined me in speaking out against this unilateral act.

Fox News article: “Any decisions that restrict ranching, recreation or other types of land-use activities should have as much local input as possible,” said Rep. Cresent Hardy, R-Nev., who shepherded an amendment into the recent Interior Department spending bill which would block the president from creating monuments in areas where there has been local opposition.

Here’s what I had to say about the Antiquities Act and Basin & Range on the House floor earlier this week:

Passed by the House: My amendment to protect and better manage National Forest System Lands and public lands to improve, restore or reduce the risk of wildfire on those lands.

Are you a Veteran entrepreneur? The House passed a bill to make it easier for you to get the capital needed to start your own business by waiving the upfront guarantee fee on Small Business Administration 7(a) Express Loans. I’m thankful to be a member of the committee that advanced this bill.

With the passage of the bipartisan 21st Century Cures Act, millions of Americans seeking cures for some of life’s toughest ailments will now have hope for the future. I am proud to have been a cosponsor of this lifesaving effort.

Finally, here are highlights from just a few of the folks who’ve stopped by my office recently to talk about important issues. 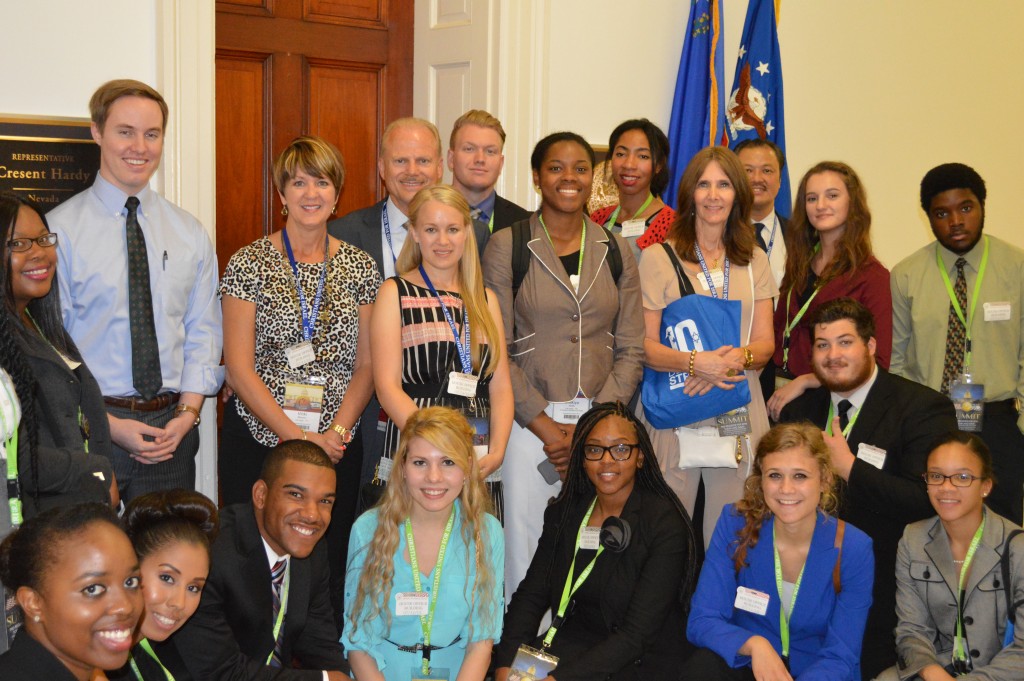 My team had a wonderful time meeting the folks with Christians United for Israel as they visited my D.C. office to discuss their support for Israel. 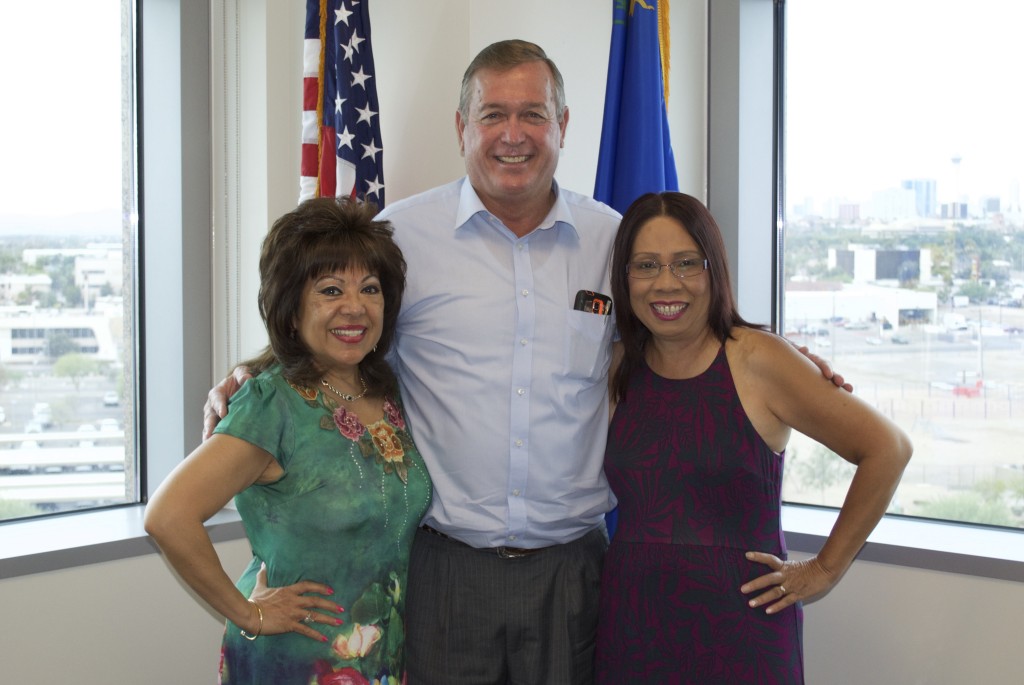 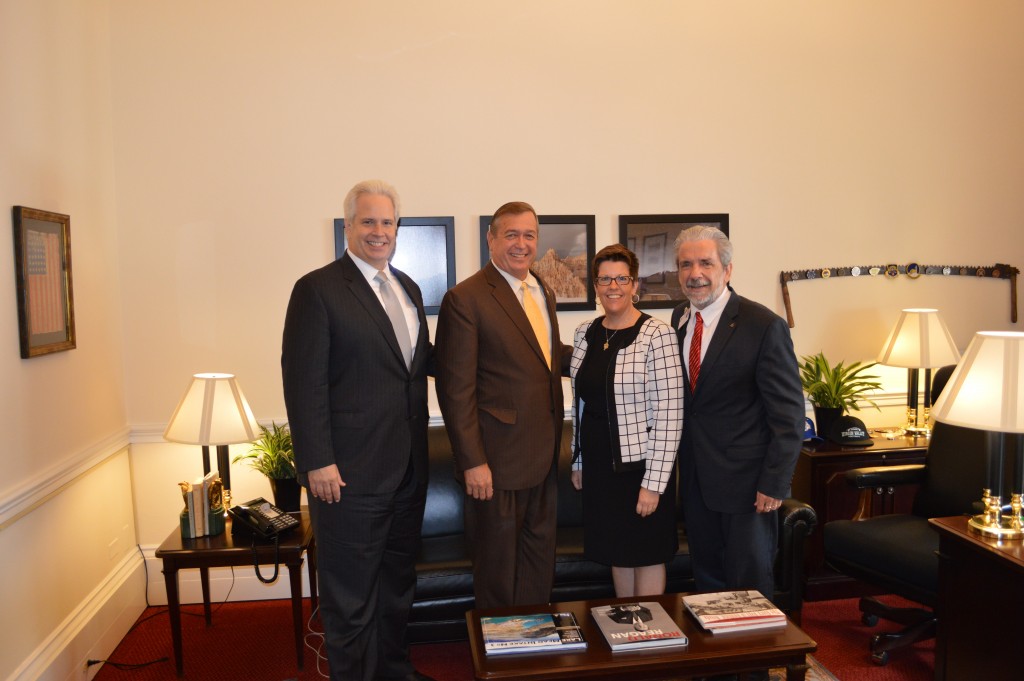 I had the pleasure of meeting with the leadership of Opportunity Village to talk about the great progress they’re making in our community, and some exciting upcoming projects! 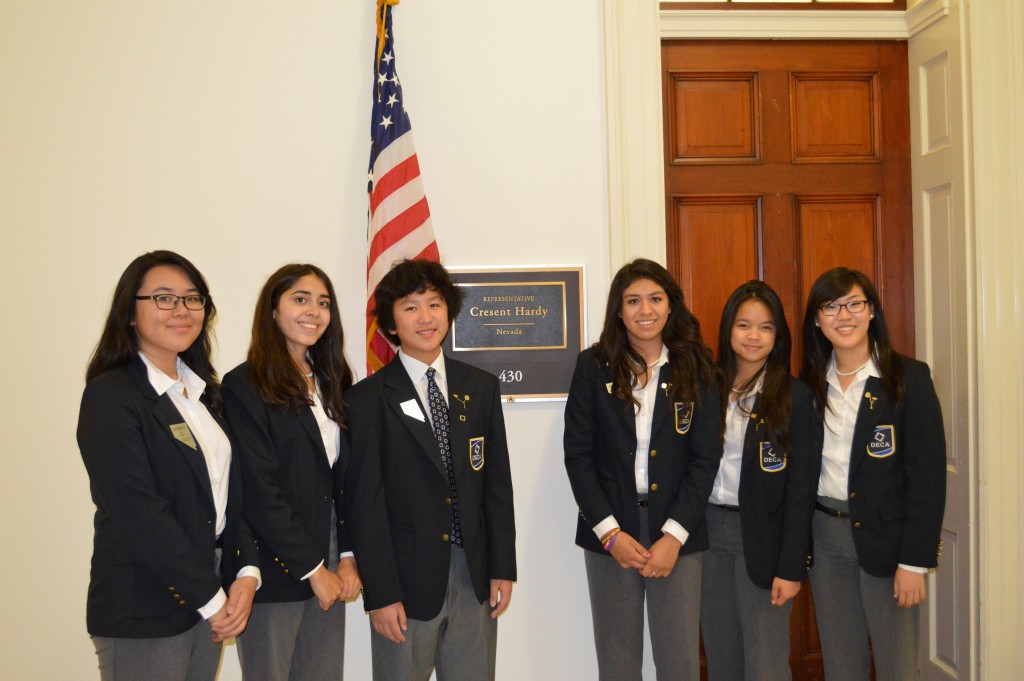 This impressive group of emerging leaders and entrepreneurs from my district stopped by this week to talk about how DECA, Inc., is preparing them for careers in marketing, finance, hospitality and management. As a member of the House Small Business Committee and a former small business owner, I am excited to see students passionate about business and entrepreneurship. 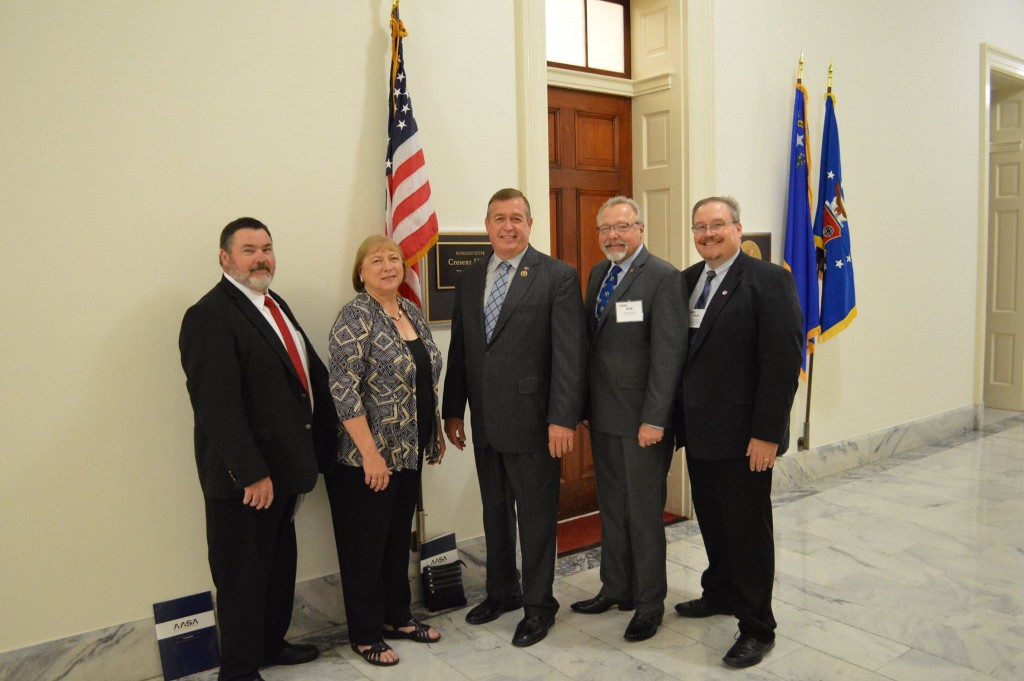 Right before I voted on H.R. 5, the Student Success Act, I met with a group of school district superintendents from all across the state of Nevada. We had a great conversation about important reforms for elementary and secondary education. 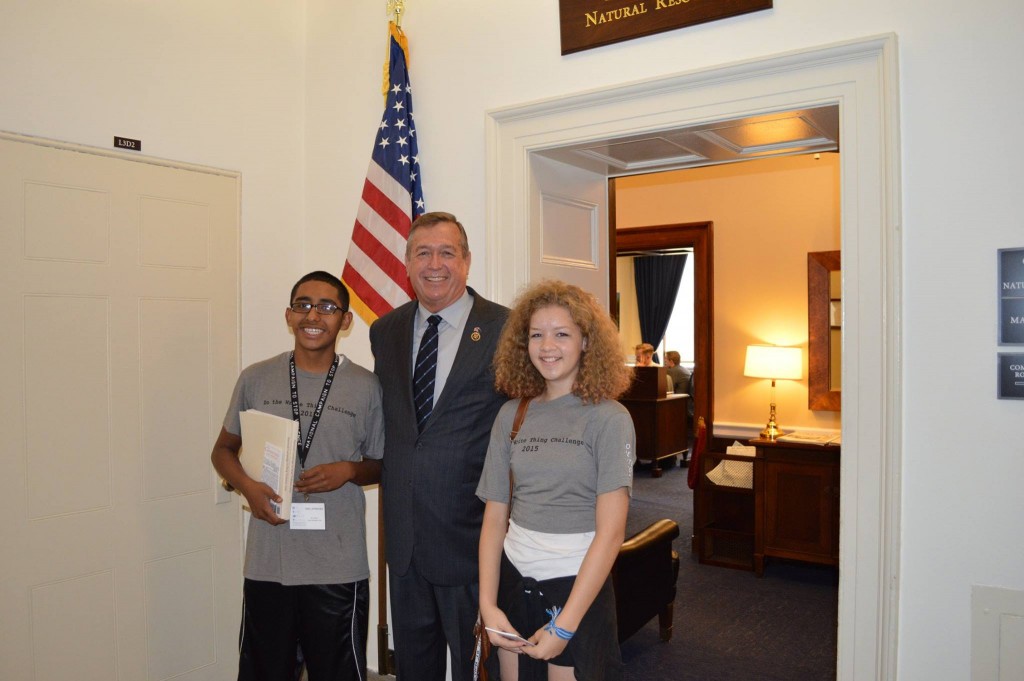 I had a chance to meet with two inspiring young Nevadans, Claire Sloane and Isai Jimenez, on their way to National Campaign to Stop Violence recognition ceremony. They were selected to represent Nevada as the “Do the Write Thing Challenge” winners for our state. 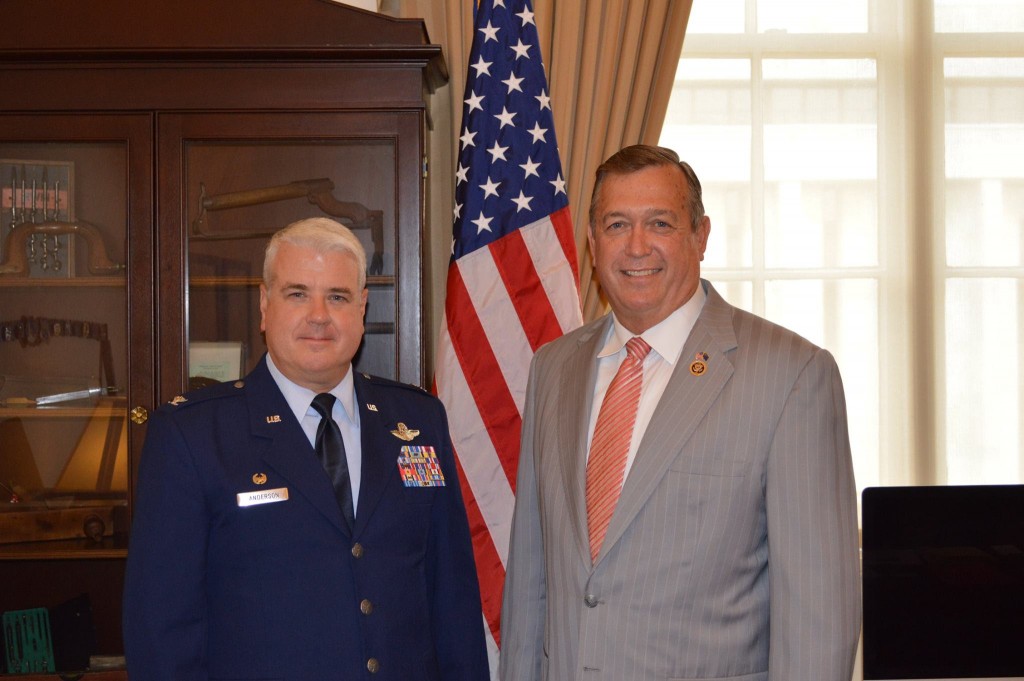 Colonel Anderson and I met to discuss the needs of reservists and active service members at Nevada’s military installations.

Thanks for taking the time to let me share with you these people who are doing great things for Nevada’s 4th Congressional District!