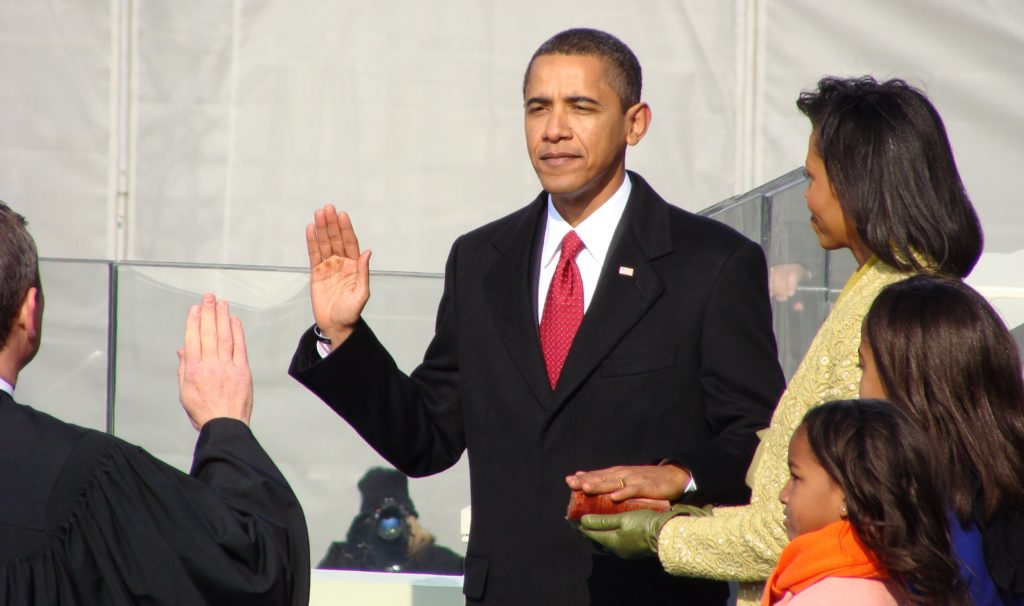 (Byron York, WashingtonExaminer) For all his appeal as a speaker, and for all the love coming from Democrats crowded inside the Wells Fargo Arena, President Obama made a classic mistake in his address to the Democratic convention Wednesday night. Determined to defend his own accomplishments in office as well as convince Americans to elect Hillary Clinton for what would amount to his third term, Obama painted a picture of life in the United States that was brighter and more positive than most voters believe.

“While this nation has been tested by war and recession and all manner of challenge — I stand before you again tonight, after almost two terms as your president, to tell you I am even more optimistic about the future of America,” Obama said.

“How could I not be — after all we’ve achieved together?”

In the most recent NBC/Wall Street Journal poll, 73 percent of registered voters said the country is on the wrong track, while just 18 percent said it is headed in the right direction. The 73 percent figure is the second-highest in the president’s nearly eight years in office. Click here to continue reading