Have Americans Given Up?

Have Americans Given Up?
N&V Staff 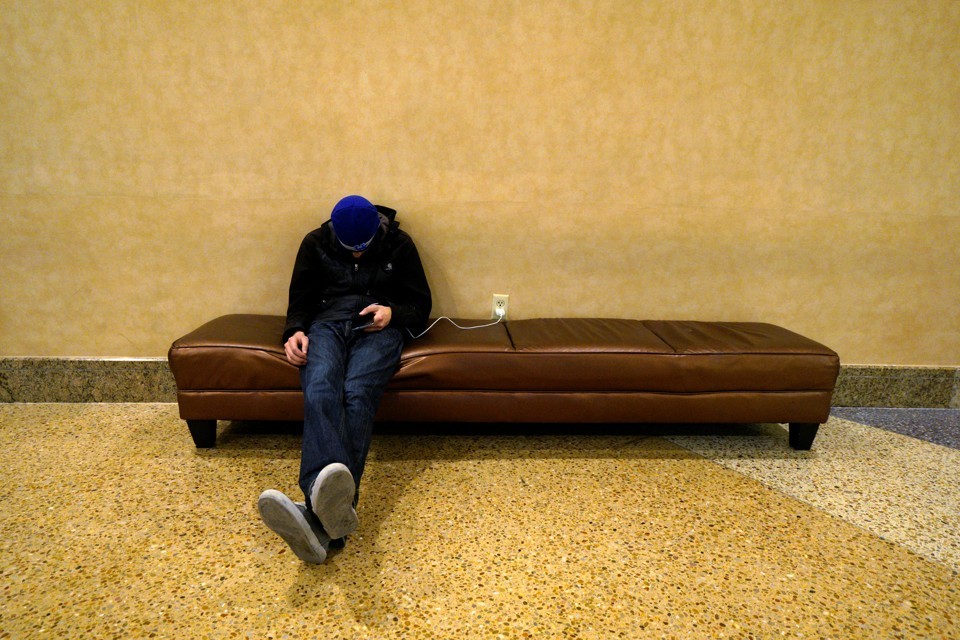 (Derek Thompson, The Atlantic) – Americans have fallen in love with the idea of their entrepreneurial spirit. Silicon Valley seems to have replaced New York City as the country’s metropolitan mascot of dynamism. Innovation is the unofficial buzzword of corporate America, and news organizations heap praise on the zillionaire startup heroes of the Millennial generation.

But this is a mirage, according to the economist and popular writer Tyler Cowen, whose new book is The Complacent Class: The Self-Defeating Quest for the American Dream. In fact, the nation’s dynamism is in the dumps. Americans move less than they used to. They start fewer companies. Caught in the hypnotic undertow of TV and video games, they are less likely to go outside. Even the federal government itself has transformed from an investment vehicle, which once spent a large share of its money on infrastructure and research, to an insurance conglomerate, which spends more than half its money on health care and Social Security. A nation of risk-takers has become a nation of risk-mitigation experts.

First, Americans move much less than they used to, and economic mobility has declined along with geographic mobility. The share of Americans moving between states fell by more than half since 1970, from 3.5 percent per year to 1.4 percent. Moreover, as recently as the middle of the 20th century, Americans used to move toward productivity and jobs. In the 1920s, “the creation of a single automobile plant … boosted Michigan’s population by creating more than 100,000 workers,” Tim Noah wrote. But today, the most popular destinations for movers aren’t productive cities, but rather cheap sunny suburbs.

This has to do with the second cause. High housing costs in the most productive metro areas have turned places like Silicon Valley and Manhattan into playgrounds for plutocrats. Tighter land-use regulations in rich metros pushed up housing values, as the Harvard economists Peter Ganong and Daniel Shoag have written. That means that lower-income families, who would benefit from living near these bustling job centers, can’t afford to move there. As a result, rich young college graduates have clustered in a handful of cities while the rest of American movers are going to sunbelt suburbs with cheap housing. Moving toward affordability has replaced moving to opportunity.