Heller: A productive April for the Capitol Hill

Heller: A productive April for the Capitol Hill
N&V Staff 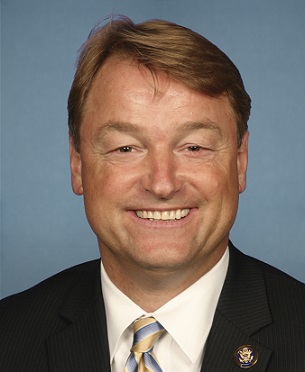 (Dean Heller) – The final weeks of April have been productive on Capitol Hill, with the Senate working to pass key legislation.

To begin, the Justice for Victims of Trafficking Act (S. 178) passed through the Senate. I am proud that my amendment, which ensures Transportation Security Administration, U.S. Customs and Border Protection, and other Department of Homeland Security personnel are trained and equipped to better identify victims and perpetrators of human trafficking, was included in this legislation. My amendment also allows funds to be used to strengthen Internet Crimes Against Children Task Forces across the country, which investigate heinous crimes, such as the production of child pornography and human trafficking. Every day, countless, innocent victims are bought and sold into modern-day slavery here in America, and all too often, this crime is hidden in plain sight. Passage of this legislation was an important step in bringing an end to human trafficking. Read more here.

The Senate Committee on Veterans’ Affairs held a hearing that I specifically requested earlier this year. The hearing examined what progress the VA has made in offering care to female veterans. There are countless distinguished women veterans who have made sacrifices beyond measure and deserve nothing but the best treatment when they return home. That is why I have introduced legislation (S. 471) to improve VA care for women veterans, and I will continue to fight for our veterans until this quality care becomes a reality.

Over the past weekend, I had the opportunity to return to Las Vegas. During my time there, the Armenian Cultural Society hosted the groundbreaking of the Armenian Memorial Monument to commemorate the 100 thAnniversary of the Armenian Genocide. I am glad I was there to witness this historic moment. I also received the Leadership Award at the Best of the Silver State Awards. It was a great honor to receive this accolade at an event benefitting such a noble cause, S.A.F.E. House, which provides a comprehensive approach to working with families to stop abuse in the family environment.

This past week has been an important time. I am happy to report the Good Samaritan Search and Recovery Act of 2015 passed the House of Representatives. This legislation speeds access to public lands so accredited volunteer search groups can conduct searches for missing persons. I’m now looking forward to encouraging my colleagues in the Senate to pass my legislation, which I introduced earlier this year with Senator Mark Warner (D-VA). Read more here.

I was also honored to receive the National Park Heritage Award, in recognition of my work on the Las Vegas Valley Public Land and Tule Springs Fossil Beds National Monument Act of 2013. The legislation was enacted into law as part of the National Defense Authorization Act (NDAA) at the end of the 113th Congress. The eight Nevada public lands bills included in the NDAA were long-standing priorities that will create thousands of Nevada jobs, enhance our country’s national security, and conserve some of the most treasured outdoor areas in our state. Read more here.

Over the past couple of weeks, I introduced a few pieces of legislation important to the Silver State. Click each link below for more information.

2. Jerusalem Embassy and Recognition Act of 2015

As we move into the month of May, I look forward to continuing my work for the Great State of Nevada.

Senator Dean Heller is a Representative from Nevada. He was elected in 2012 for a term ending January 3, 2019. For more information about him, visit his website at www.heller.senate.gov.