Hillary: Does that pantsuit come in stripes?

Hillary: Does that pantsuit come in stripes?
N&V Staff 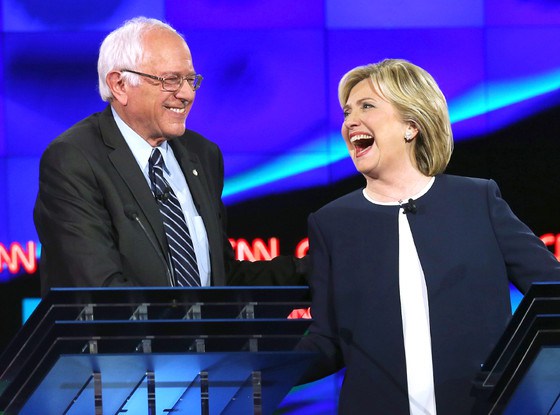 Hillary and Bernie yuck it up over the silly emails. (Source: Getty Images)

(Thomas Mitchell) – Here are a couple of traits one seldom associates with someone of presidential timber — gross negligence and obstruction of justice.

Those are terms Fox News sources are using to describe what the FBI is looking into with regard to Hillary Clinton’s rather hapless handling to classified material.

The source specifies 18 USC 793 subsection F as being of concern. That section reads:

As for obstruction, the source told Fox: “If someone knows there is an ongoing investigation and takes action to impede an investigation, for example destruction of documents or threatening of witnesses, that could be a separate charge but still remain under a single case.”

Bernie Sanders may be tried of the damn emails and Hillary is tied of talking about them and Democrats want to move on, but the FBI has some serious questions that need to be answered, despite Obama’s nonchalant dismissal of the case.

How would he know? Neither he nor Hillary could pass a background check to obtain a security clearance.

You can bet Obama’s politicized Justice Department will run interference and try to keep Hillary out of real legal trouble.

As The Wall Street Journal points out, others in the past have managed to plead down to a misdemeanor for mishandled classified material. Would that be enough to avoid too much of a taint for Hillary backers?