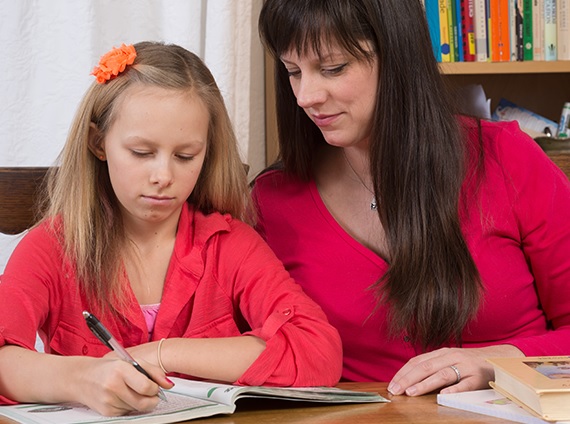 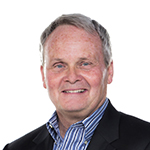 (Lawrence Reed of Foundation for Economic Education) – The hero in this story is not any one person but rather nearly two million Americans — moms and dads who go the extra mile and who, often at great sacrifice to themselves, are rescuing children in a profoundly personal way. They are the homeschoolers, parents who give up time and income to directly supervise the education of their children. They teach, they arrange learning experiences within their home and elsewhere in cooperation with other parents, and they inspire an appetite for learning.

Of all the ingredients in the recipe for education, which one has the greatest potential to improve student performance?

No doubt the teachers unions would put higher salaries for their members at the top of the list, to which almost every school reformer might reply, “Been there, done that!” Teacher compensation has gone up in recent decades, while indicators of student performance have stagnated or fallen.

Other standard answers include smaller class size, a longer school year, more money for computers, or simply more money for fill-in-the-blank. The consensus of hundreds of studies over the past several years is that these factors exhibit either no positive correlation with better student performance or only a weak connection. On this important question, the verdict is in and it is definitive: The one ingredient that makes the most difference in how well and how much children learn is parental involvement. Homeschooling is the ultimate in parental involvement.

When parents take a personal interest in their children’s education, several things happen. The child gets a strong message that education is important to success in life; it isn’t something that parents dump in someone else’s lap. Caring, involved parents usually instill a love of learning in their children — a love that translates into a sense of pride and achievement as their students accumulate knowledge and put it to good use. As one might expect, time spent with books goes up and time wasted in the streets goes down, but there’s so much more to the homeschooling experience, as explained by Marianna Brashear, curriculum development manager at the Foundation for Economic Education:

Much time is spent not just in books, but seeing the world and participating in field trips with hands-on learning. There is so much knowledge that is gained through real-world exposure to a vast array of subjects far more lasting than reading out of a textbook. The word “schooling” in homeschooling is misleading because education takes place in and out of formal lessons. The biggest waste of time in schools comes not just from indoctrination, but also from “teaching to the test,” where kids memorize, regurgitate, and forget.

American parents were once almost universally regarded as the people most responsible for children’s education. Until the late 19th century, the home, the church, and a small nearby school were the primary centers of learning for the great majority of Americans.

In more recent times, many American parents have largely abdicated this responsibility, in favor of supposed “experts.” The context for this abdication is a compulsory system established to replace parental values with those preferred by the states and now, to an increasing degree, by the federal government. (It’s important to remember how much the current system was established as a reaction to immigrants, especially Catholics. See Robert Murphy’s “The Origins of the Public School” in the Freeman, July 1998.)

Twenty years ago, a report from Temple University in Pennsylvania revealed that nearly one in three parents was seriously disengaged from their children’s education. The Temple researchers found that about one-sixth of all students believed their parents didn’t care whether they earned good grades, and nearly one-third said their parents had no idea how they were doing in school. I can think of no reason to believe things have improved on this front in the two decades since.

Teaching children at home isn’t for everyone. No one advocates that every parent try it. There are plenty of good schools — private and many public and charter schools, too — that are doing a better job than some parents could do for their own children. And I certainly praise those parents who may not homeschool but who see to it that their children get the most out of education, both in school and at home. Homeschooling almost always goes the extra mile, however, and it is working extraordinarily well for the growing number of parents and children who choose it.

This outcome is all the more remarkable when one considers that these dedicated parents must juggle teaching with all the other demands and chores of modern life. Also, they get little or nothing back from what they pay in taxes for a public system they don’t patronize. By not using the public system, they are in fact saving taxpayers at least $24 billion annually even as they pay taxes for it anyway.

In the early 1980s, fewer than 20,000 children were in homeschools. From 2003 through 2012, the number of American children 5 through 17 years old who were being homeschooled by their parents climbed by 61.8 percent to nearly 1.8 million, according to the US Department of Education. That’s likely a conservative estimate, but it equals 3.4 percent of the nation’s 52 million students in the 5–17 age group.

Parents who homeschool do so for a variety of reasons. Some want a strong moral or religious emphasis in their children’s education. Others are fleeing unsafe public schools or schools where discipline and academics have taken a backseat to fuzzy, feel-good, or politically correct dogma. Many homeschool parents complain about the pervasiveness in public schools of trendy instructional methods that border on pedagogical malpractice. Others value the flexibility to travel, often with their children for hands-on, educational purposes; the ability to customize curricula to each child’s needs and interests; and the potential to strengthen relationships within the family.

“When my wife and I first decided to homeschool our three children,” says Bradley Thompson, a political science professor who heads the Clemson Institute for the Study of Capitalism at Clemson University, “we did it for one reason: we wanted to give them a classical education — the kind that John Adams and Thomas Jefferson might have received when they were young boys.” He adds,

Within a couple of years, we added a second reason: we didn’t want our children exposed to the kind of socialization that goes on in both government and some private schools. Over time, however, we added a third reason: homeschooling became a way of life for our family, a way of life that was irreplaceable and beautiful. By the time our third child goes to college, we will have been homeschooling for 18 years. Those years have been, without question, the most important of my life.

Homeschool parents are fiercely protective of their constitutional right to educate their children. In early 1994, the House of Representatives voted to mandate that all teachers — including parents in the home — acquire state certification in the subjects they teach. A massive campaign of letters, phone calls, and faxes from homeschool parents produced one of the most stunning turnabouts in legislative history: by a vote of 424 to 1, the House reversed itself and then approved an amendment that affirmed the rights and independence of homeschool parents.

Critics have long harbored a jaundiced view of parents who educate children at home. They argue that children need the guidance of professionals and the social interaction that comes from being with a class of others. Homeschooled children, these critics say, will be socially and academically stunted by the confines of the home. But the facts suggest otherwise.

Reports from state after state show homeschoolers scoring significantly better than the norm on college entrance examinations. Prestigious universities, including Harvard and Yale, accept homeschooled children eagerly and often. And there’s simply no evidence that homeschooled children (with a rare exception) make anything but fine, solid citizens who respect others and work hard as adults. Marianna Brashear informs me thus:

More and more early college and dual enrollment programs are available for rising 9th through 12th graders, and these programs, too, are quite eager to admit homeschoolers for their ability to take responsibility and to self-motivate, for their maturity, and for their determination to learn and succeed. For example, my 14-year-old daughter will be starting with a nearby technical institute in August and will receive high school and college credit simultaneously. She will be in a class with other high school students, and they are on track to receive AA degrees before graduating high school.

Homeschool parents approach their task in a variety of ways. While some discover texts and methods as they go, others plan their work well before they start, often assisted by other homeschoolers or associations that have sprung up to aid those who choose this option. Writing in the Freeman in May 2001, homeschool parent Chris Cardiff observed that because parents aren’t experts in every possible subject,

families band together in local homeschooling support groups. From within these voluntary associations springs a spontaneous educational order. An overabundance of services, knowledge, activities, collaboration, and social opportunities flourishes within these homeschooling communities.

Homeschooling produces communities and participates in a division of labor. Homeschooling is social and cooperative, contrary to the stereotype of the overprotected child under the stern watch of narrow-minded parents. Traditionally schooled kids show far fewer social skills outside their segregated age groups.

A quick Internet search reveals thousands of cooperative ventures for and between homeschoolers. In Yahoo Groups alone, as of June 2015, about 6,300 results pop up when you search for the keyword “homeschool.” More than 800 show up in Google Groups. Facebook is another option for locating a plethora of local, regional, and national homeschool groups, support groups, events, co-ops, and communities.

In every other walk of life, Americans traditionally regard as heroes the men and women who meet challenges head-on, who go against the grain and persevere to bring a dream to fruition. At a time when more troubles and shortcomings plague education and educational heroes are too few in number, recognizing the homeschool champions in our midst may be both long overdue and highly instructive.

Common to every homeschool parent is the belief that the education of their children is too important to hand over to someone else. Hallelujah for that!

Lawrence W. (“Larry”) Reed became president of FEE (Foundation for Economic Education) in 2008 after serving as chairman of its board of trustees in the 1990s and both writing and speaking for FEE since the late 1970s. Visit Fee.org for more information.