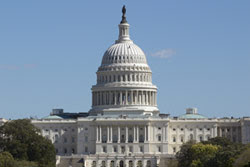 (Newt Gingrich) – Kevin McCarthy’s decision to withdraw from the race for speaker temporarily throws the House Republicans into chaos.

The last time this happened was in 1923. It took nine ballots to elect Speaker Frederick Gillett.

Kevin was my choice and I wrote a column arguing that he was the best-prepared member of the House Republicans to be Speaker.

Ultimately, he apparently concluded that there was no viable path to the speakership for him this year.

Now the election has been postponed.

This is not merely a personality issue of musical chairs.

There is clearly enormous unrest in the House Republican conference.

In some ways, this reflects the unrest that has led Donald Trump, Dr. Ben Carson and Carly Fiorina to become leading candidates for the Republican nomination for President.

Considering the chaos around us–uncontrolled borders, a very weak economy, regulatory tyranny, general corruption and dishonesty in the bureaucracy, a president who has repeatedly exceeded his Constitutional authority, a foreign policy of appeasement and surrender that has led the Russians to enter Syria in alliance with Iran–maybe some dramatic rethinking in both the House and the Senate is in order.

When the Constitutional Convention was on the verge of failing, the oldest delegate, Benjamin Franklin, called for a day of prayer and fasting. It seemed to help.

Maybe the House Republicans should look at this development as a moment for collective humility, conversation and an honest admission of how hard the path is going to be in these dangerous times.