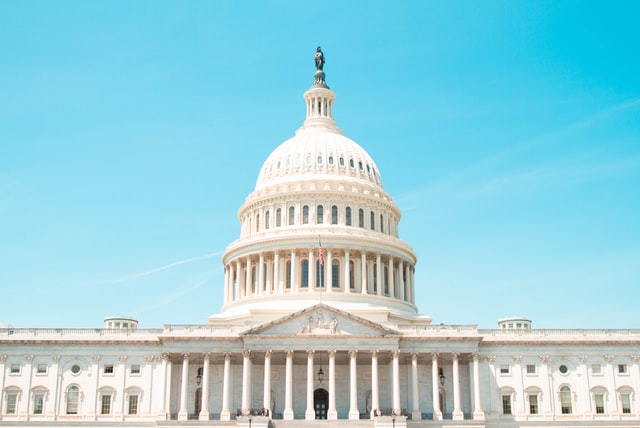 (Fred Weinberg) – So let me get this straight.

The most incompetent Vice President in the history of this great nation who is second only to the most dementia ridden President in the history of this nation both think it is “courageous” for an elected state legislator to cut and run to stop a law from being passed because if enough of these dummies leave there will not be a quorum of the Texas Legislature to pass the law.

And the law in question?

A law clearly designed to make it easier to vote and harder to cheat.

Vote “no” and do your damn job.  Your off key version (and off lyrics as well) of “We Shall Overcome” is almost enough to make anyone throw up—especially knowing that this has absolutely zero relationship to anybody’s civil rights.

Our editorial advice to President Trump from the beginning was that we have no provision for undoing a crooked election.  The time to stop this crap is well in advance and at the state level—NOT after the fact.  That is a lesson which everybody seems to have learned which is why we’re fighting over it as I type.

And retaining that power—in whatever form possible—has become job number 1.

But what they don’t get is that they are not making any friends with stunts like fleeing Texas on private jets with a case of Miller Lite while telling everyone what a sacrifice they are making.

Texas Governor Greg Abbot has some options—one of which has never been done in Texas according to our resident talk show host, Jon David Wells (noon-3 pacific, USA Radio Network).

The Texas Constitution says he could declare the seats in question vacant:

Or, he could keep calling special sessions and arrest the Democrats when they inevitably return.

The Democrats could also be overplaying their hand.

The normally intensely blue town of McAllen just elected a Republican Mayor.  Texans may well be sick of the drama.

And then there’s this.  Wells compiled the following list of what you actually need an ID for just about anywhere:

None of these things are considered to be racist or discriminatory.

People understand that they need to show some form of ID to do certain things.

The ONLY reason you would not want a voter to show ID is if that person is committing voting fraud. or not who they say they are. It is racist to think that minorities are not capable of having an ID.