Income Inequality in America: Not What They Say It Is
Ron Knecht 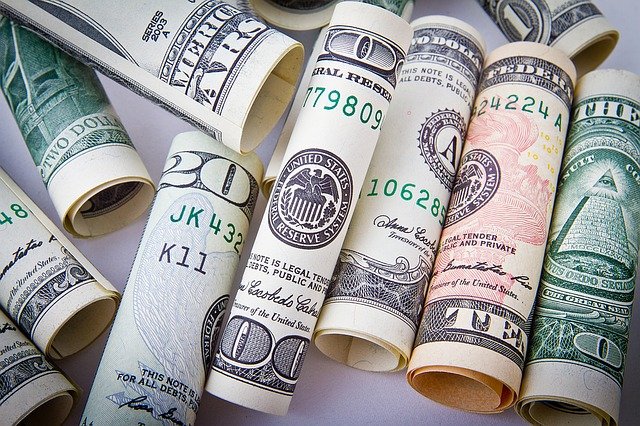 (Ron Knecht) – President Joe Biden and Congressional Democrats, claiming concern about economic inequality in America, want to raise taxes greatly on the wealthy.  To understand key issues with their proposals, let’s first review the facts and trends around income inequality.
The major source for inequality claims was Capital in the Twenty-first Century, a 2014 tome by Thomas Piketty.  Although he subsequently walked back some of his major claims from that book and some data on which he relied, he and his collaborators have published papers since then trying to prove inequality has increased disturbingly in recent decades.
Fortunately, economists John Cochrane and Scott Lincicome have summarized recent research on the subject by a number of economists, and it debunks those claims.  They cite four main issues with the analyses by the inequality advocates.
First, their data omit significant kinds of income and erroneously include some non-income such as unrealized capital gains.  Second, they use pre-tax income and overlook income transfers (government payments and subsidies).  Third, they focus on family incomes, although family sizes have changed over time, meaning incomes should be computed on an individual basis.  Finally, they overlook benefits such as employer-provided insurance that have grown over time.
Correcting for these problems yields a very different picture than the one tax-hikers claim.  For example, Piketty and Co. claim the incomes, including capital gains, of America’s wealthiest one percent were roughly constant just below ten percent of the total from 1960 to the mid-1980s and then doubled to the present day.
Deducting unrealized capital gains, and adjusting for taxes and transfers, Gerald Auten and David Splinter find the incomes of the richest one percent declined in 1960-1990.  Then they rose until 2008, before settling back today to the roughly nine percent level of 60 years ago.  So much for claims the economic gains of recent decades were captured by FDR’s “malefactors of great wealth”.
They also show that post-tax/transfer upper and middle incomes have been roughly constant, with the lowest incomes rising.  And the highest incomes are much lower on a post-tax/transfer basis, with middle incomes slightly higher and the lowest incomes significantly higher.
Reinforcing these measures, estimates by Phil Gramm and John Early of overall income equality in the half-century 1967-2017 were roughly constant when measured post-tax/transfer.  A group of academic economists found essentially similar results for 1959-2016.  And Scott Winship found the only significant increase in inequality since 1947 was in the 1980s.
Lincicome summarizes: “In short, American income inequality basically disappears when you consider government policies and the actual financial resources (post-tax/transfer) available to the poor and middle class, instead of just the top line of their paychecks. … To argue we need more government interventions to fix an “income inequality” that exists only in the absence of current government interventions is misleading (at best).”
Per capita transfer payments doubled in real terms in 1974-2018, significantly dropping labor-force participation among the poorest.  They’ll increase further under the Democrats’ proposed legislation.
Lincicome adds, “Definitional problems also pervade the debate about the supposedly declining share of national income going to workers (the ‘labor share’) versus the owners of capital (the ‘capital share’) – another common target of the populist right and left.”
Erika York explains that adjusting for taxes and replacement of worn-down assets (depreciation) results in a much different picture of historical trends in net capital and labor income earned by people in the U.S.  The labor share, almost 70 percent, has been rising slightly since 1929, while the capital share, slightly above 30 percent, has been declining, according to data from Benjamin Bridgman and Matthew Rognile.
Donald Schneider, using Rognile’s latest data, finds no decoupling of pay and productivity since 1948 – a trend often claimed to show that too powerful capital is suppressing the incomes of weak, un-unionized American workers.  A National Bureau of Economic Research paper concurs, citing labor compensation via equity grants and stock options.
And when labor shares are adjusted to reflect changes in the Bureau of Economic Analysis’ accounting, they rose until World War II and have been essentially constant since then.
Finally, before increasing taxes on America’s wealthy, populists should consider that they pay about 44 percent of income taxes, versus about 30 percent in France, Germany and Sweden.
Prev postNext post
Related ItemsRon Knetch
Opinion
Ron Knecht

Ron KnechtOctober 13, 2021
Read More
Scroll for more
Tap
Patriots must speak out for our students, our families and our freedom
Economic Mobility Means American Dream Lives