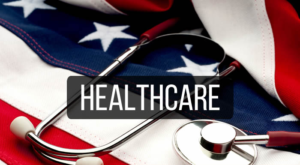 On July 27, 2017, Doctor Burgos pleaded guilty to three counts of open and gross lewdness involving patients, and was sentenced to three years of probation and seven days of incarceration. The Office of the Nevada Attorney General was not involved in the investigation or prosecution of this case, however, upon hearing about this case through the media, the Attorney General’s Medicaid Fraud Control Unit worked in conjunction with the Office of the Inspector General (OIG) who subsequently added Doctor Burgos to the federal exclusion database.

“As healthcare professionals, doctors are held to certain ethical standards and entrusted with their patients’ health, care and treatment. As a result of the proactive efforts of my Medicaid Fraud Control Unit, effective today, Doctor Burgos will be excluded from treating any Medicaid, Medicare and other government healthcare patients in the future. This is a nationwide exclusion that includes restrictions from all state Medicaid programs, the Medicare program, and other government funded healthcare programs and facilities.  I am proud to lead an office that proactively looks for ways not only to participate in legal proceedings, but to protect our communities from those that would compromise our safety and wellbeing.”

The Attorney General maintains a Medicaid Fraud Control Unit (MFCU) that investigates and prosecutes financial fraud by those providing healthcare services or goods to Medicaid patients. This Unit also investigates and prosecutes instances of elder abuse or neglect. As noted in the case of Jorge Burgos, a healthcare provider may be administratively excluded from future Medicaid and Medicare participation for offenses other than Medicaid fraud. The OIG has the authority to exclude individuals and entities from federally funded health care programs pursuant to sections 1128 and 1156 of the Social Security Act. The primary effect of exclusions is that no payment will be provided for any items or services furnished, ordered or prescribed by an excluded individual or entity. This includes Medicare, Medicaid and all other federal plans and programs that provide health benefits funded directly or indirectly by the Unites States. The OIG also maintains a list of all currently excluded individuals and entitles called the List of Excluded Individuals and Entities (LEIE).  Anyone who hires an individual or entity on the LEIE may be subject to civil monetary penalties. Anyone wishing to report suspicions regarding any of these concerns may contact the MFCU at 702-486-3420 or 775-684-1100.

To learn more about the Office of the Inspector General’s federal exclusion list and how individuals can be excluded, click here.