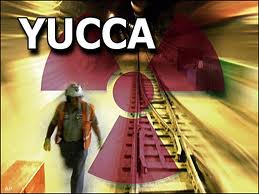 (David Mansdoerfer) – On September 15, 2011, Citizen Outreach signed a letter in support of resuming the Yucca Mountain Project review by the U.S. Nuclear Regulatory Commission and licensing-support activities at the U.S.Department of Energy (DOE).  We believe that there needs to be a proper cost-benefit analysis done so that the residents of Nevada, and their legislators and elected officials, can make an informed decision about the future of Yucca Mountain.

In the Obama Administration’s 2011 budget, the Yucca Mountain Project review was completely stripped of funding. Concurrently, Energy Secretary Steven Chu moved to have the license withdrawn with prejudice. By doing this, the Obama Administration ensured that there was no funding in the short-term and Secretary Chu tried to remove Yucca Mountain from ever being considered as a nuclear waste site.

This, however, is not sound public policy. According to a Blue Ribbon Commission on America’s Nuclear Future report, “this nation‘s failure to come to grips with the nuclear waste issue has already proved damaging and costly and it will be more damaging and more costly the longer it continues.”

Yet, even though dealing with nuclear waste is becoming more important, little is being done by the Obama Administration to deal with the problem. For this, Citizen Outreach believes that it is critical to go through the full vetting process for Yucca Mountain.

In August of 2010, Yucca Mountain passed the first step for licensing when the U.S. Nuclear Regulatory Commission approved volume one of the Safety Evaluation Report. In 2011, the House Science, Space, and Technology Committee review of the Yucca Mountain Safety Evaluation Report (Volume III) found the licensing application ―complies with applicable NRC safety requirements, including those related to human health and groundwater protection, and the specific performance objectives called for in NRC regulations for disposal of high-level radioactive wastes at Yucca Mountain.

In July of 2011, the U.S. House of Representatives voted on an energy bill, which had bi-partisan support, that allocated $35 million (Not very much money!) for the application and licensing process.

On September 9, the Nuclear Regulatory Commission came away with a tie-vote in determining whether or not to withdraw the Yucca Mountain application.

At this time, the Yucca Mountain application is still pending, but has no funding and is sitting in limbo due to inaction in the Senate.

Citizen Outreach supports the full vetting process of Yucca Mountain. That way, the people of Nevada, and their elected officials, can make an informed decision. Then, we can finally put this debate to rest.

(Mr. Mansdoerfer is the Director of Legislative Affairs for Citizen Outreach. He holds a masters degree in public policy with an emphasis in international relations and state & local policy from the Pepperdine School of Public Policy. You can follow him on Twitter at @DPMANSDOERFER)