Ivanka Trump wants to speak out on climate change 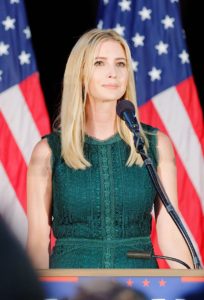 (Timothy Cama, The Hill) – Ivanka Trump wants to make fighting climate change one of her signature issues as the daughter of the next president.

Citing a source close to President-elect Donald Trump’s daughter, Politico reported Thursday that Ivanka Trump is exploring ways to use her new spotlight and position to advocate for the fight against global warming.

Her climate position, though, would be at odds with that of the president-elect, who repeatedly has called climate change a “hoax” and pledged to undo all of President Obama’s global warming policies.