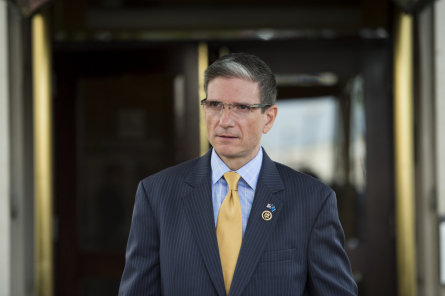 “I see a Nevada of unlimited opportunity, a place with better jobs, higher wages and the chance to rise as far as the path will take us,” the GOP lawmaker said in a video announcing his Senate run. “And that’s why I’m running for the United States Senate.”

Heck was initially hesitant to run for the seat being vacated by retiring Senate Minority Leader Harry Reid, but his view began to shift in the spring.

In May, Heck told Nevada GOP operatives he was close to entering the race, but waited until after Republican Gov. Brian Sandoval officially announced he would not run. Sandoval was the top Republican choice, but he never had any interest in running, according to multiple operatives in the Silver State.

The Center SquareNovember 3, 2020
Read More
Scroll for more
Tap
The Supreme Court’s EPA decision, while not all positive, is worthy of celebration
The right choice in Nevada’s U.S. Senate race is as clear as Heck