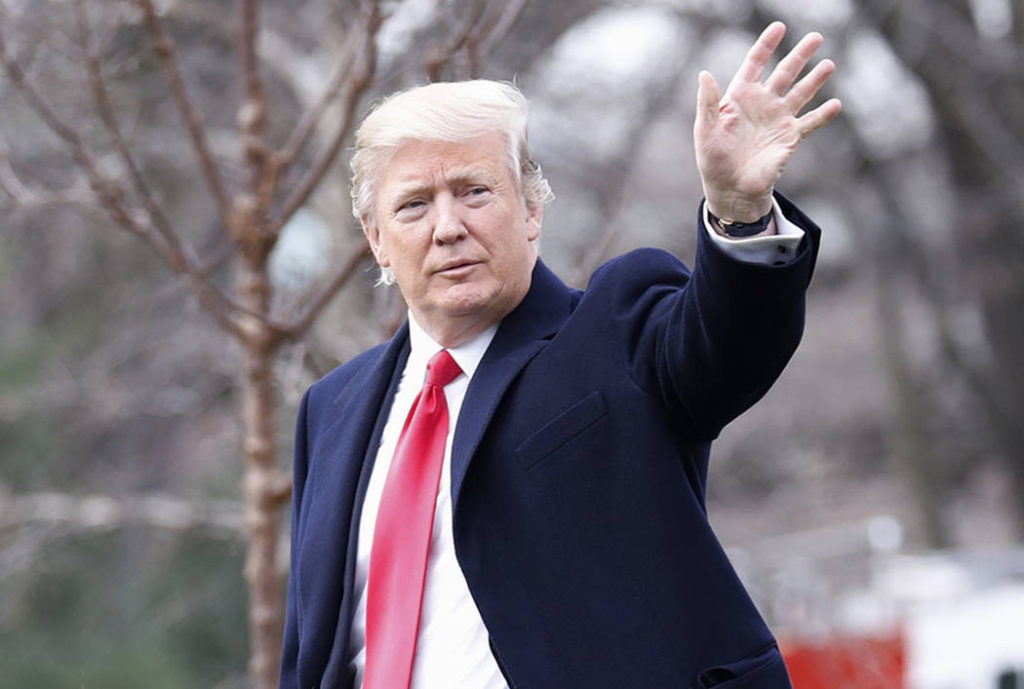 President Donald Trump, seen March 3, 2017, before boarding Marine One for the short flight to nearby Andrews Air Force Base. (Courtesy: Pablo Monsivais, AP)

He wasn’t even the first politician with a habit of putting his foot in his mouth to ask Nevadans for their support while decrying privileges given to illegal immigrants, including anchor babies.

Guess which two prominent Nevada politicians made the following statements?

Politician B: “If making it easy to be an illegal alien isn’t enough, how about offering a reward for being an illegal immigrant? No sane country would do that, right? Guess again. If you break our laws by entering this country without permission and give birth to a child, we reward that child with U.S. citizenship.”

Politician A is Gov. Brian Sandoval. Politician B is now-retired Sen. Harry Reid.