John Kasich and the “NeverTrump” Quislings 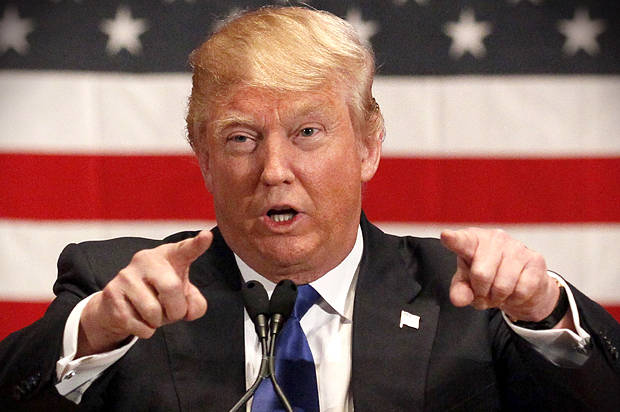 ( Bilil Saracino, CapoliticalReview) When Germany invaded Norway in World War II, they needed a collaborator in the Norwegian government to urge the Norwegians to reject their heritage and embrace the foreign ideology of Nazism. They found Vidkun Quisling, who was installed as Prime Minister.  He was a willing accomplice, telling his countrymen that the Germans may be bad, but were better than the alternatives.

Norwegians didn’t quite see it that way, and when the Germans were no longer present, patriotic Norwegians promptly tried Quisling for treason and executed him. Webster’s Biographical Dictionary notes, “The word Quisling has come to mean a traitor or turncoat.”

All of which brings to mind John Kasich, Mitt Romney and the other “NeverTrump” diehards.

Kasich has started running anti-Trump ads in Ohio. Mitt Romney never misses an opportunity to put a knife into his party’s presidential nominee. They are joined by a rag-tag bunch of GOP wanna-be’s, has-beens, never-beens and folks looking for quick “clicks” to their websites or blogs. The one thing they have in common is that they all sing off the “Home on the range” Clinton song book. In the midst of their anti-Trump screeds never is heard a discouraging word about the Democrat nominee.

Some of them are driven by a stiff-necked, blue-nosed, prissiness which cannot abide a GOP nominee they deem to be crude, rude and socially unacceptable. Others, specifically Billy Kirstol and the Bow Tie, are mourning their lost influence among Republican voters – those knaves who had the nerve not to vote for candidates favored by the ossified conservative establishment. Kasich is still smarting from his humiliating defeats at the hands of said GOP voters, as he managed to win exactly one state – his own. The motivation clearly missing from them and the other “useful idiots” in the NeverTrump camp is doing what is right for the country, even if it means swallowing a bit of their titanic egos.

They and their like are quintessential Quislings. They are selling the same snake oil that ol’ Vidkun tried to sell to the Norwegians – abandon your principles and your beliefs to embrace the foreign ideology of Clintonism. Sure, the Nazis may be bad in some respects, but that warmongering, alcoholic, mad-man Churchill is even worse. Substitute Clinton for Nazis and Trump for Churchill in the above sentence and you have a pure distillation of the NeverTrump outlook.

Those of us of a certain vintage have heard this all before. We heard it used against Barry Goldwater in 1964, and against Ronald Reagan when he ran for governor and president. The “NeverTrump” critique of Trump is sometimes a verbatim repetition of the pejoratives (for UCLA graduates that means really bad words) hurled at Goldwater and Reagan.

Mitt Romney is proof that the poisoned fruit doesn’t fall very far from the poisoned tree. His father George, at the time the Republican governor of Michigan, actively campaigned against Barry Goldwater and for Lyndon Johnson. George also opposed – surprise – Reagan when he ran for president. The Romneys are at least consistent in their political tone-deafness and treachery.

As I said in previous columns about the NeverTrump derangement, I know some fine folks who have qualms about Trump – as do I. However, a large majority of these conservative activists have come around, are supporting Trump and plan to vote for him, clothespin on nose or otherwise. For they realize that a) a Clinton presidency represents an existential threat to our freedoms and b) the only candidate who can prevent that is named Trump.

The conservative grassroots activists and worker-bee types get it. The folks who actually walk the precincts, make the phone calls and stuff the envelopes are the ones showing true statesmanship and leadership. It is a few insular, sclerotic, self-appointed conservative leaders, who haven’t broken a sweat in decades, who deign not to get their fingernails dirty by doing actual political work, who are having the hissy-fit.

Like ghostly apparitions of George Romney, Nelson Rockefeller and Bill Scranton they are doing everything possible to torpedo the Republican nominee, hoping to create the self-fulfilling prophecy of a Clinton victory. Of course, if that comes about these same folks will deny any responsibility for the disasters that a Clinton presidency will most surely bring.

In his absolutely must-read biography “Witness,” Whittaker Chambers describes the “useful idiots,” those Americans who were enamored of the Soviet Union and refused to see the truth. He wrote, “To me they seemed to know little about the forces that were shaping the history of our time. To me they seemed like little children, knowing and clever little children, but knowing and clever chiefly about trifling things while they were extremely resistant to finding out about the important things.”

The NeverTrump brigades are Hillary Clinton’s useful idiots. I re-emphasize to them that control of the Federal judiciary and federal bureaucracy are the important things. Everything else, including each and every one of Donald Trump’s manifest faults, are the trifling things.

When I speak of an existential threat to basic American freedoms, conservatives and our institutions I am being quite literal. A President Clinton will infest the Supreme Court and the full federal judiciary with liberal activists who will make Ruth Bader Ginsburg look like Anton Scalia. She will populate the federal bureaucracy with conservative-haters who will make Lois Lerner look like Mother Theresa.

Chambers also wrote in “Witness” about continually running up against a certain force as he was battling the Communists. He says he finally recognized that it “was the forces of that great socialist revolution, which, in the name of liberalism, spasmodically, incompletely, somewhat formlessly, but always in the same direction, has been inching its ice cap over the nation for two decades.”

That socialist ice cap has now been inching its way over America and her freedoms for about nine decades. Its work is almost complete. Give it another four years and the ice cap will envelope everything, blocking out all rays of light, hope and constitutional freedoms.

The only way to keep that from happening is to vote for our imperfect but absolutely essential candidate – Donald Trump.  If you can’t do that, pick up a Berlitz course in Norwegian. If you’re going to act like Quisling you might as well know the language.