John Oceguera is the 2nd Biggest Liberal Jerk in Nevada Today; Here’s Why… 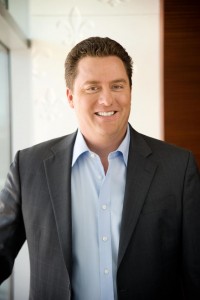 You remember John Oceguera, don’t you?

He’s the tax-hiking, double-dipping retired liberal North Las Vegas fireman who served a dozen years in the Nevada Legislature, including a stint as Assembly Speaker in 2011 – where his signature achievement was in wasting taxpayer dollars to build a private gym in the legislative building where he could pump himself.

Or rather, he stole gun BILLS from fellow legislators in an effort to pump up his street cred with the National Rifle Association (NRA) and Nevada’s gun owners and gun rights supporters in advance of what turned out to be a clownish, disaster of a congressional race against Rep. Joe Heck (R-Nevada) in the 3rd Congressional District.

What Johnny O did was “plagiarize” a bunch of gun rights bills from other lawmakers and reintroduce them in an “omnibus” gun bill under his own name.

That prompted a scathing letter from fellow Democrat and then-Sen. John Lee, who criticized the bullying tactics and “climate of fear” that existed in the Legislature under Oceguera’s reign and admonished the Speaker that he was the legislators’ leader, “not their slave master.”

“I hope that in your zest for self promotion and aggrandizement in trying to receive a coveted A+ rating from the National Rifle Association that you haven’t jeopardized the ability to pass sensible and much needed legislation concerning the gun rights of Nevadans,” Lee wrote in his letter.

Anyway, after getting his political teeth kicked in by Heck, Johnny O slinked off to become a special interest lobbyist while pulling down an obscenely generous, taxpayer-funded retirement from the fire department.

Until this year – when the political bug hit him again and he decided to take another crack at Congress, but this time running in the 4th Congressional District.

What’s changed politically is that CD4 has a large majority of registered Democrat voters, as well as a crowded field of four viable Democrat candidates.

As such, Johnny O no longer even pretends to care about gun rights or gun owners.  All he cares about now is sucking up to the hard-left, anti-gun, liberal Democrat primary voters who will choose the party’s nominee next June.

Even as the names of the 14 victims of the San Bernardino massacre remained unknown, Oceguera exploited the tragedy by using it as the basis for a shameless email fundraising appeal for his campaign!

“Gun violence has become a sickening epidemic in our country that we cannot ignore. The American people are left reeling after these senseless mass shootings far too often, more than 350 times so far just this year. Enough is enough.

“I am a law-abiding gun owner and a Life Member of the NRA who grew up in a family of hunters. But more importantly, I’m a father and a husband. Keeping our families safe is our most fundamental priority.

“I cannot continue to be a member while the NRA refuses to back closing loopholes that allow the mentally ill, criminals, and terrorists to buy guns in this country. Effective immediately, I am resigning my membership in the NRA.”

Did I mention that Johnny O is a total jerk?

First, the Second Amendment has nothing to do with hunting, as Oceguera would have you believe.  It’s about self-defense.  And, the Supreme Court of the United States has ruled that it’s an individual right.  Not a privilege extended by the government.  A God-given right.

That figure includes gang- and drug-related shootings, as well as murders of multiple family members that have nothing whatsoever to do with someone walking into a group of innocent and unsuspecting (and usually unarmed) strangers and opening fire.

Thirdly, the way to keep your family safe from a bad guy with a gun is having a gun yourself.  Shouting, “Stop…or I’ll say stop again” is not an effective defense against terrorists, criminals or the mentally ill.

Fourthly, the San Bernardino terrorists weren’t known as terrorists until they perpetrated their terrorist act. Their guns were reportedly purchased lawfully and were used in a state with some of the most restrictive gun laws in the nation.

Oceguera’s notion that terrorists – or, for that matter, violent criminals and the mentally ill – will be stopped from obtaining guns or other weapons to carry out their murderous acts by background checks requires a level of naiveté, ignorance and stupidity of metaphysical proportions.

As such, the collective IQ of NRA members just skyrocketed with Johnny O’s resignation.

Don’t let the door hit ya where the good Lord split ya.

P.S.  The only reason that Johnny O is the second biggest jerk in Nevada today is that liberal blogger Jon Ralston still lives here.