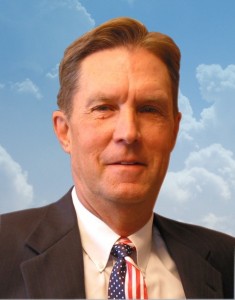 (David Mansdoerfer) – Today we will be talking with congressional candidate John Stahl from California’s 50th congressional district. Mr. Stahl is a former Naval Aviator and VP of Raytheon Semiconductor.

NN&V: Why are you running for congress?

Stahl:  I am running for Congress because I cannot sit back and watch the destruction of the American Dream for future generations.  The inability of Congress to get this spending under control and restore fiscal sanity to our government is unacceptable to me and I think we can do better.  We send the same people back to Washington election after election and expect a different result.  These incumbents rely on donations from lobbyists/PAC’s and use the privilege of their office to surround themselves and insulate themselves from challenges from people who understand who they would work for and who will offer common sense solutions for America.

NN&V: How has your past career as a Naval Aviator and businessman prepared you to become a Member of Congress?

Stahl:  I think both my service in uniform as a Naval Officer and Aviator along with a 30 plus year career in the private sector  gives me the proper perspective on when to commit our military and how to solve the fiscal policy problems that face America today.  Too many of our current legislators have been career politicians and never served in uniform nor had any business experience to draw on when making the decisions that face America today.  They make decisions based on getting reelected and satisfying their “outside of the district” donor base (PACs/lobbying interests) and not on the economic impact, job destruction and harm to society as a whole.  We can do better and I am prepared to serve to restore the spirit and work ethic that produced the greatest economic engine the world has ever produced.

NN&V: On your website, you note that “they should have pushed for 400-500 Billion and settled for 400 Billion” in regards to the recent debt ceiling deal. What would you cut from the federal budget?

Stahl: The number and scope of federal bureaucracies/agencies is totally out of control.  We should go to a Zero-Based Budgeting approach, honor the 10th Amendment to the Constitution and measure the effectiveness of the federal dollars that get spent.  Everything needs to be on the table, including all entitlements and the bureaucratic side of military spending.  In addition, the concept of “baseline budgeting” should be retired.  Under “baseline budgeting” and using the rule of 72, something growing at 7.5% per year will double in less than 10 years and quadruple in less than 18 years.  The Departments of Education, Labor, Commerce and Energy all come to mind for real cuts.  The GAO issued a report earlier this year that pointed out that the amount of duplication and redundancy in the federal government was several hundred billion dollars per year.

NN&V: As you know, California and Nevada have some of the highest unemployment rates in the country. What role does the federal government have in job creation?

Stahl: The federal government does not create jobs but has the role of establishing and maintaining the framework of tax, regulatory and trade policy that will allow the economy to grow without burdening our businesses in a way to be overly restrictive.  These policies need to empower the entrepreneurial spirit and work ethic that will encourage and reward investment in capital, equipment and facilities right here in the United States.  The federal government needs to maintain the rule of law and enforce the intellectual property rights of American firms that protect the inventions and ideas of our individuals and companies.

NN&V: What role should the U.S. play in Iraq, Afghanistan and Libya?

Stahl: The use of our military should not be thought of as nation building.  When we put our men and women into harm’s way, the mission should be clear and the end game well defined.  I am all in favor of providing technical assistance and advice to other nations, but we cannot have open-ended engagements where the soldiers of the United States bear the burden and personal cost of other country’s conflicts.  We need a strong military to defend our way of life and interests.  I am in full support of our efforts in the War on Terror.  There needs to be a balance as we must respect the men and women who are willing to serve our country in uniform and the fiscal aspects of our engagements.

NN&V: You are running against Republican incumbent Brian Bilbray. Why did you choose to run against him?

Stahl:  I am sure Brian is a fine person, but he is a RINO (Republican In Name Only) and not part of the solution.  He is the lowest rated Republican in California by the Club for Growth.  His latest rating for 2009 by Citizens Against Government Waste is only 63%.  He has never had an A rating from the National Taxpayer’s Union and more times than not received a B- or C+ rating.  He is a member of Republicans for Choice and that does not sit well with Conservatives here in San Diego.  He decided to become a registered lobbyist when he was beat in 2000 and would still be one today if the former Congressman Randy Cunningham had not been convicted and sent to prison.  We can do better and I think it is time for a change.  A leopard does not change it’s spots and we need people who will take these problems head on and not play the inside baseball, “go along to get along” approach that has gotten us into this mess.

Stahl:  As I read his plan, which for sure is better than anything coming from the Democrat side or the White House, the federal debt will go from $14 trillion to around $23 trillion over the next 10 years.  I think it does not go far enough and the federal deficit should be brought into balance in 3 to 5 years with a series of cuts to federal spending and new revenues by growing the economy.  We should be establishing a rainy day fund and begin to start paying off this debt.  Kicking the can down the road to future generations in not a good option and totally unfair to the children of America.

NN&V:  Please explain your stance on illegal immigration. How should the U.S. address this problem?

Stahl: This is a difficult issue because it many times involves children and families.  The first thing that needs to be done is securing the border.  There is no point in continuing to put water into a leaky bucket.  Until you secure the border, you can solve nothing with regard to this problem.  We should enforce our labor laws and institute e-Verify for employment.  Amnesty is not a solution, so a combination of a guest worker program that would offer a path to citizenship by complying with retroactive taxes, reentering the country properly and deporting individuals who will not comply would seem to make sense.

Stahl: I think it is a shame that our public schools have been in such decline over the last few decades.  I went to public schools and at the time on Long Island, New York, they were effective and produced great results.  We need to reform the schools, get the costs under control and educate the children of America to be prepared to compete not only locally, but also with the rest of the world.  I would suggest that anyone who wants to see the amount of overhead, patronage and cronyism that goes on in public education view both “The Cartel” and “Waiting for Superman”.  Teachers should compete for their positions as any private sector employee, the overhead needs to be reduced and graduation rates improved.  There is no reason that the schools in our great land cannot once again be regarded as the best in the world by implementing common sense solutions.  I am all for well paid teachers, but with that comes the responsibility to perform in a cost effective manner and produce above average results.

NN&V:  What founding father has influenced your political philosophy the most?

Stahl:  There were many contributions made by individuals in the creation of the United States.  The courage and insight exhibited by our founding fathers was instrumental in providing the framework for the freedoms and opportunities that we have today.  Purely on the political philosophy side, I think the founder who influences my political thinking the most is Thomas Jefferson.  He had a view of limited central government, a great respect for the idea of a Republic and the individual rights that have served our country well for more than 200 years.

NN&V: Thank you for your time.