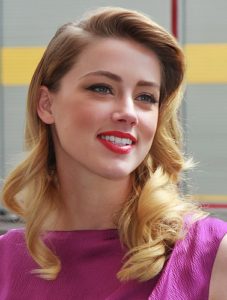 Amber Heard is a famous American actress who has led significant roles in blockbuster movies like All The Boys Love Mandy Lane. (Courtesy: Wikipedia)

The actress filed for divorce from her husband of 15 months on May 23, and on Friday, she obtained a domestic violence restraining order against Depp, claiming that he had been physically abusive to her by throwing an iPhone at her during a fight two days before she decided to end their marriage.

Now a friend of the 30-year-old actress has come forward and told the New York Post newspaper that Heard “feared for her life” after one particularly terrifying argument with her spouse.

After receiving a text from Heard following an incident with Depp last December, her pal “got to her apartment to find her with a cut and bruised lip, a swollen eye and a chunk of hair missing from the top of her head,” she told the publication.

N&V StaffMay 18, 2017
Read More
Scroll for more
Tap
Simon Cowell Reveals Why Americans Are So Drawn To Donald Trump
A Mom Was Unexpectedly Overblown Upon Finding Out A Baby Boy Instead Of A Baby Girl On Her Delivery