Join the Campaign to Create “Mount Reagan” in Nevada 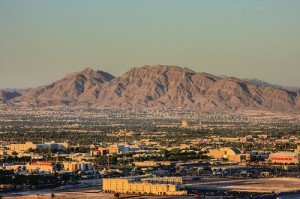 (Chuck Muth) – Only 12 American presidents have mountain peaks named after them in the United States (FDR has one in Canada).

President Ronald Reagan is certainly worthy of such an honor.

And in 2010, Citizen Outreach Foundation launched an effort to name a mountain peak in Nevada after President Reagan.

“Naming a mountain after Ronald Reagan seems entirely appropriate as his life’s accomplishments were monumental and seismic,” writes Reagan biographer Craig Shirley. “His character and integrity were stronger than granite.”

The federal Board on Geographic Names (BGN) must approve the official naming or re-naming of a mountain in the president’s name. And an effort to create “Mount Reagan” in New Hampshire was rejected by the BGN in 2010.

With that in mind, we’ve chosen a mountain peak on the east side of Las Vegas as a potential new location for the official Mount Reagan.

“Ronald Reagan had a long and positive relationship with the Silver State,” writes former Governor and U.S. Sen. Paul Laxalt. “He loved Nevada and Nevadans loved President Reagan. As such, it makes abundant sense to name a Nevada mountain in his honor.”

Now here’s where you come in…

One of the most important criteria for approving a naming application is public support…national, statewide and especially local support in the community where the named peak is located. And showing such support is going to be crucial to making this project a reality.

Because you can be sure there will be very vocal opposition to this proposal from President Reagan’s political opponents from sea to shining sea.

In his 1984 acceptance speech at the Republican National Convention, President Reagan said:

“I’ve spoken of the shining city all my political life, but I don’t know if I ever quite communicated what I saw when I said it. But in my mind it was a tall proud city built on rocks stronger than oceans, wind-swept, God-blessed, and teeming with people of all kinds living in harmony and peace.”

If that’s not Las Vegas, I don’t know what is.

And I can’t think of a more appropriate location for “Mount Reagan” than 4,052 feet up in the sky looking down on the shiniest city of them all!

If you agree, please click here now to add you name to the list of folks supporting this project.

And then forward this link to everyone else in your address book, Facebook, etc.

For more detailed information on the project, the application process…and a VERY interesting, little-known connection Ronald Reagan had with Las Vegas in 1954…click here