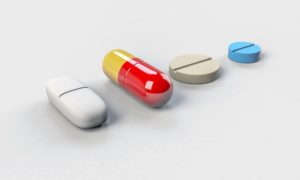 Nevada Attorney General Adam Paul Laxalt filed a lawsuit against pharmaceutical company Purdue Pharma L.P. and its affiliates, which manufacture OxyContin and other opioids. The lawsuit alleges that Purdue engaged in deceptive marketing regarding the risks and benefits of prescription opioids, fueling Nevada’s opioid epidemic and leading to the opioid overdose death of Nevadans.

The lawsuit, filed by the Office of the Nevada Attorney General’s Bureau of Consumer Protection, alleges that Purdue violated the Nevada Deceptive Trade Practices Act through deceptive promotional activities and materials that falsely denied or minimized the risks of addiction, trivialized the pain management uses, and overstated the benefits of opioids. Specifically, the complaint alleges that Purdue has:

“Purdue’s deception lined the pockets of its owners and led to the deaths and hospitalization of thousands of Nevadans,” said Laxalt. “Since the release of OxyContin, Purdue has engaged in an extensive, well-crafted and highly targeted deceptive marketing campaign to spread false and misleading messages to health care professionals and patients in Nevada. Purdue must be held accountable for its actions and its role in Nevada’s opioid epidemic.”

While at this time, Nevada has only filed against Purdue, it is continuing to investigate other opioid manufacturers and distributors with the larger opioids multistate group. Additionally, Nevada and the other litigating states continue to engage in ongoing settlement discussions with Purdue and other companies.

In 2012, on a national level, providers wrote enough opioid prescriptions for every adult American to have a bottle of pills. The opioid epidemic exists in all counties in Nevada. In 2016, Nevada’s per capita prescription rate for opioids was 87/100 residents. Opioid-related hospitalizations have increased from 2010 to 2016 by 136 percent in emergency room encounters and 84 percent in inpatient admissions. Even with a slight decline in the number of opioid-related deaths from 2010 to 2016, 85 percent of all opioid-related deaths in Nevada were deemed accidents.

AG Laxalt’s lawsuit seeks civil penalties and damages for reimbursement and treatment, and seeks to cease Purdue’s unlawful promotion of opioids on behalf of the State as a whole and the municipalities and counties.

A copy of the filed complaint is attached.

N&V StaffAugust 14, 2022
Read More
Scroll for more
Tap
But What about Your Fiduciary Duty?!?!?!
A case of severe ‘Prosecutorial Misconduct’ and Preet Bharara