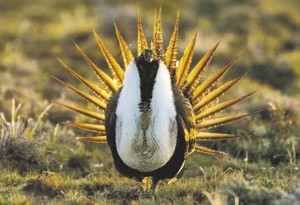 (Office of the Nevada Attorney General) – Nevada Attorney General Adam Paul Laxalt announced that the state of Nevada, together with nine northern Nevada counties and other plaintiffs, have asked a federal court to grant summary judgment in the state’s favor in the challenge to the federal government’s greater sage-grouse land-use plan and to enjoin the withdrawal of nearly three million acres of land in Nevada. The state’s motion explains how the federal government has disregarded public involvement and other requirements in violation of federal law.

For example, internal documents released by the federal agencies as part of the administrative record in the case have revealed that three U.S. Department of the Interior officials—who dubbed themselves the “Grouseketeers” in internal correspondence — met with environmental groups after the public comment period had ended to gauge how those groups would agree to amendments created under the land-use plan. The so-called “Grouseketeers” ignored the concerns of their staff who had raised the need for a supplemental environmental impact statement, socio-economic impact analysis and further scientific data to support the proposed land-use restrictions — all in violation of federal law.

“The federal government’s plan withdraws almost three million acres that Nevadans depend on for their economic livelihood,” said Laxalt. “Before such a momentous decision is made, federal law clearly requires that the agencies carefully consider the concerns raised by the state and by the citizens of Nevada—not just special interest environmental groups. As we have shown in our briefing, the record demonstrates this was not done. The self-appointed federal “Grouseketeers” mock all Nevadans and show their true agenda.”

In October 2015, AG Laxalt joined a suit on behalf of the state of Nevada challenging the federal government’s land-use plan. In ten western states including Nevada, the federal plan withdraws more than 10 million acres of federal land from public use. In Nevada alone, mineral exploration and development is barred on nearly three million acres. Additionally, the plan may result in significant restrictions on livestock grazing, resource development, solar and wind energy, and public access in over 16 million acres of public land in Nevada.

The motion for summary judgment filed by Laxalt and the nine counties can be read here.