(Office of the Attorney General) – Las Vegas, NV – Nevada Attorney General Adam Paul Laxalt announced that Tanya Marie-Meech Boggio, 30, of Las Vegas, was sentenced for unemployment insurance fraud, a category “C” felony. The sentencing is a result of her role in an unemployment insurance fraud scheme with co-defendant Richard James Penardo, who is scheduled to stand trial for alleged charges relating to his role in the scheme on July 18, 2016. 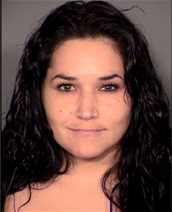 In June 2013, the state filed a criminal complaint charging Boggio with multiple crimes relating to the unlawful filing of $4,700 in unemployment insurance claims. The charging documents state that Boggio filed claims for unemployment insurance benefits on behalf of Penardo. The documents also state that in doing so, Boggio falsely informed the state’s Employment Security Division that Penardo was able to work, failing to disclose the fact that Penardo was incarcerated on forgery charges at the time.

“The detection, investigation and prosecution of these types of crimes are important to deter future fraud and return the funds back to the state,” said Laxalt. “My Office will continue to prosecute those who work to defraud the unemployment system.”

This case was investigated by Nevada’s Employment Security Division and the Office of the Inspector General for the Nevada Department of Corrections. The Nevada Attorney General’s Office is prosecuting this case.

The criminal complaint filed against Boggio and Penardo can be read here.