(The Office of the Nevada Attorney General) – Nevada Attorney General Adam Paul Laxalt announced on February 13, 2017, that Alicia Ruiz, 45, of Las Vegas, was sentenced for two felony counts of theft, a category “C” felony, for her role in a foreclosure rescue scheme. The fraud was committed between December 2011 and May 2013.

Ruiz and two co-defendants operated a business known as “National Prevention Center” that defrauded homeowners using a foreclosure rescue scheme. Together, they solicited homeowners and promised their clients that they would purchase their foreclosed homes and then subsequently sell their homes at current value. After placing their trust in this business and paying thousands of dollars in upfront fees, clients’ homes were never purchased as promised, and the victims were not reimbursed.

“Foreclosure rescue schemes take advantage of desperate and vulnerable homeowners who cannot afford to fall victim to scammers promising assistance,” said Laxalt. “Nevada’s homeowners should be cognizant of the warning signs, and follow our tips to protect themselves.” 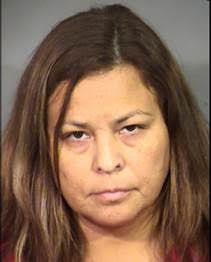 The Office of the Nevada Attorney General offers the following tips to avoid falling victim to mortgage and foreclosure scams:

The criminal information for Alicia Ruiz is attached. To file a complaint about someone suspected of committing a fraud, click here.