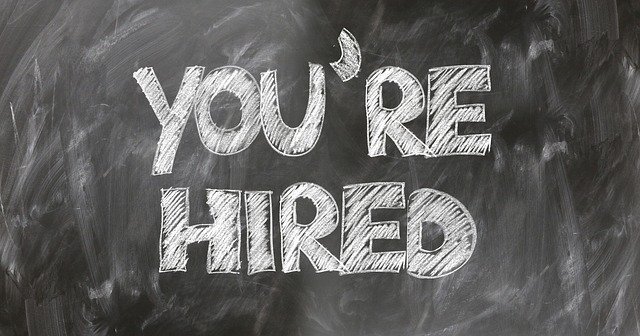 (Victoria Seaman) – Everywhere in America, the pandemic lockdown has put people out of work, but nowhere has been hit like Nevada.

Our tourism and entertainment industries rely on American confidence and American mobility, the two things hit hardest by the virus. The result is the highest unemployment in the country here in Nevada, peaking in April at an almost unimaginable 30.1 percent.

Thankfully, the Nevada job market is recovering. A great rehiring is underway with initial and continuing jobless claims on a continuous downward trajectory. The state unemployment rate fell nearly five points in May to 25.3 percent.

In a time like this, with hundreds of thousands of Nevadans recently out of work and desperately trying to get back into the job market, it would be downright immoral to allow companies to continue to offer thousands of positions to temporary foreign workers. State governments, however, are powerless to do anything to regulate the existing system which was designed 30 years ago to allow companies to more easily supplement the supply of hard-to-find skills in good economic times.

With American workers in virtually every industry feeling the crunch, no such situation exists today. That is why President Trump was justified in using the authority granted to him by the Immigration and Nationality Act to suspend the entry of more foreign workers on temporary visas until the unemployment crisis has passed.

Without a concentration of IT jobs that drive the majority of H-1B visa applications, Nevada has relatively few of these types of foreign workers. Nevada is, however, a frequent destination for temporary foreign workers coming in on the other, less frequently written-about categories of visas covered by the President’s executive order. Last year, for example, Nevada companies hired nearly 2,600 summer and exchange workers under the J-1 visa program alone, about twice as many as under the more well-known H-1B visa program.

President Trump’s move immediately came under heavy criticism from tech industry executives who are pouring their fortunes behind Joe Biden. Both Google CEO Sundar Pichai and Apple CEO Tim Cook tweeted about how “disappointed” they were in an executive order that will preserve over 500,000 jobs for out-of-work Americans, just because it could mean their industries will have to pay more for labor.

President Trump, unlike Joe Biden, is proving his loyalty above all to the American worker. The interests of Silicon Valley magnates and foreign headhunting firms must be put behind those of the millions of American workers out of a job and forced to rely on public assistance.

In Nevada, where we’re contending with an unemployment akin to the Great Depression despite promising signs of a recovery, that should be self-evident.

Victoria Seaman is a wife, mother, businesswoman and former assemblywoman.