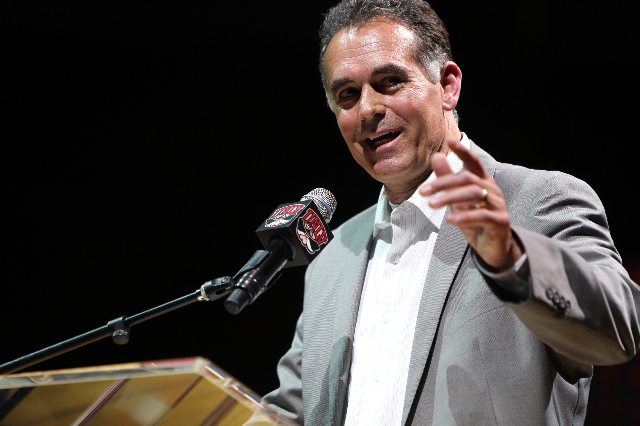 Danny Tarkanian, son of hall of fame coach Jerry Tarkanian, speaks during a public memorial for his father at the Thomas & Mack Center. (Photo by Erik Verduzco, Las Vegas Review-Journal)

The Republican candidate is moving into the next quarter with about $335,000 cash on hand, according to figures from the campaign. Tarkanian announced for the 2016 race in July.

The spot is opening because Rep. Joe Heck, R-Nev., is leaving it to run for Democrat Harry Reid’s U.S. Senate seat.

“Amy and I are incredibly thankful for the tremendous investment our supporters have made in my candidacy,” Tarkanian said in a statement. “While my opponent continues to represent the big government, tax raising policies of the establishment in our party I stand ready to take off the gloves and fight for the core conservative principles that many in Carson City and Washington seem to have forgotten.”