Man Who Brought Down Rep. Weiner To Keynote CLC 2011 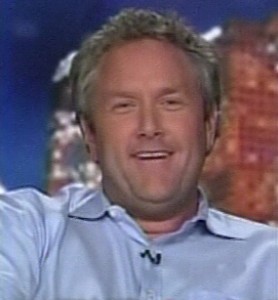 Breitbart is publisher of the Breitbart.com blog, a columnist, an author and a regular guest commentator on various news programs.  He became the center of attention earlier this month when he broke the Cogressman Anthony Weiner (D-NY) Twitter photo scandal, posting photographs of Weiner on his websites.

Weiner, who was widely seen as a top contender in the 2013 New York mayoral race, first denied the photos were his and accused Breitbart of “hacking” his Twitter site, an accusation the congressman later retracted and apologized for.  Weiner is expected to announce his resignation today.

Born in 1969, Wikipedia notes that Breitbart grew up in a liberal, secular family but changed his political views after experiencing an “epiphany” during the Clarence Thomas hearings, and now describes himself as “a Reagan conservative” with libertarian sympathies.  His current book, Righteous Indignation: Excuse Me While I Save the World, discusses his political evolution and the part he took in the rise of new media, most notably at the Drudge Report and at The Huffington Post.

Breitbart currently sits on the Advisory Council for GOProud, a conservative gay rights group, along with CLC co-hosts Chuck Muth and Grover Norquist.

The 2011 Conservative Leadership Conference (CLC) will be held at the M Resort in Las Vegas.  This fourth annual event will be co-hosted by Citizen Outreach  Foundation and Americans for Tax Reform (ATR). For additional details and online registration, please visit the official conference website at www.CLC2011.com