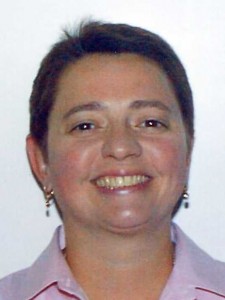 One of the primary actions the women took was to elect new officers for the next biennium. Maraya Evans, from Boulder City Republican Women, who had been serving as President Lynne Hartung’s vice president, moved up to replace her mentor.

Other newly-elected officers include:

Evans talked about her goals for her two-year term, saying, “I believe the Nevada Federation of Republican Women’s primary responsibility is to support the local clubs. With support from the clubs, we will be conducting a full review of the NvFRW bylaws to ensure these don’t restrict the clubs unnecessarily.”

“I want to grow our Federation through creating new clubs. I want to take full advantage of having such an unpopular president in the White House to grow our Federation. We are looking at east Henderson, North Las Vegas, central or southern Las Vegas, White Pine County, and Elko as possibilities. The current climate for starting new Republican women clubs is probably the best we’ve ever seen,” she explained.

In addition, Evans spoke about implementing a mentoring program that would pair new club officers with their experienced counterparts to help them be successful.

One of the NFRW’s primary objectives is education of its members. Evans believes that education begins with its membership.

She explained, “I want to make our annual Leadership Training meaningful to our participating members by having separate breakout sessions for club treasurers, presidents and others, and create training that is timely and informative. My goal is to train club officers to be successful and then have them take that training to share with their members.”